The more older amid us will remember the now classic BBC shows “Yes Minister” and its later follow-up, “Yes Primeminister”. Both were brilliantly acted in and just as important, excellently wrote. In the shows there was laughter, tears, frustration, underhand goings on, backstabbing’s, meeting of minds, betrayals, u-turns, misrepresentations, department or building shenanigans, cowards, bullies, the stupid being led and used, and much more.
. 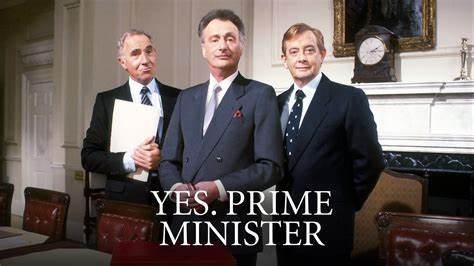 .
It was all there, better than a dose of Eastenders or any Coronation street episode. This is why I smile when people say “I don’t like politics” but then admit they like their evening TV shows. If they looked at what is real life going on, it’s a daily episode of any TV series on our screens. Some of the stuff that political goes on in real life, you couldn’t stick into a fiction TV series. You would be told by critics, some ideas would be too fantastical to be believed. Yet, there they are being played out in real life. Politics in Ireland is just that disturbing situation.
.
If the public greater knew what’s going on in the Dail, in its surrounding bars and streets, etc, they might be better tuned in every week. It’s Shakespearean stuff by the bucketload. Half the time it’s a greater comedy of errors! What is put on telly these days in some soaps, is a sanatised version of political reality! If only a greater public knew….