2022. A year of challenge and opportunity. 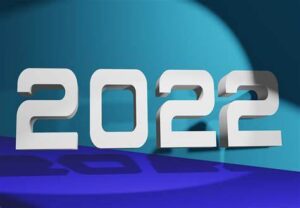 .
This coming year is not going to be easy. I think we all know that. For a start, our government will plunder on with its own continuing law breaking, lies, double standards, report hiding, question avoidance, acts of non-accountability and much more – while having the nerve to tell the rest of us to behave ourselves.

We face media outlets at local and national level that either are government inclined or pull their punches because in part, they are afraid to bite a hand that’s deliberately feeding it, to create this print reluctance. We will have another criminal take over as Taoiseach. One also aware of past and present government and individual elected crimes but staying silent on them as he continues to lecture to the rest of us.

We face further Green Party rural way of life destruction – and other parties again going along with it. Our fishing rights at EU and UK levels again will be either more given away or more attacked. Heating bills will continue to rise as will the cost of basic food and clothing. We will be populist offered money into to one hand while the government will continue to be more incentive in ways to take money from our other hand more quietly.

Government Parties will try win back votes by announcements of desired construction projects and other distraction notions while saying and doing little more to address HSE issues and the millions of people on waiting lists. State pressgang operations will continue while more state departments are reduced or closed so that two already notorious, already criminal acting, private companies can invade our state more – taking with it, grabbing up more tax payer money and continuing to illegal gain our personal information.

The TTIP privitisation destruction agenda of all things government department and role, will continue bit by bit through CETA – a serious detrimental agenda never put before the public by any vote process, for its sought approval. Again, the parties actually avoiding democracy when it doesn’t suit their own self adopted, no public consent, back-stabbing notions.

The government will continue to be operated by people that in an election race, came in at 6th, 7th and even lower positions regarding public vote counts. A crony, nepotistic government of “also rans’ and entrenched criminal acting individuals.

You are starting to get the picture. We have barely scratched the surface of a hard year ahead. Despite all the above and more, there is still positivity to be found.

More of the public are increasingly growing aware that decades of ying-yang, Fianna Fail and Fine Gael rule, had ultimately led to repeating failure and traitorous actions via many of its own populist acting heads.

More of the public are willing to speak up more and share core facts that rotten elected would rather stay silent about. They do this, still in the face of a government willing to attack messengers of truth because they don’t want a message getting out.

More of the public are becoming aware (a) to the political tricks of bad elected and (b) biased media antics. In both cases, including attempts by both to tarnish messengers of truth so that their words of verifiable truth are then undermined.

More of the public are increasingly aware of a ‘I’m alright Jack’ population percentage and then, carrying on in spite of that community section of silence and docile complacency.

However taking into all the above – where do we go from here in 2022? I offer a few suggestions.

1. Seek at all levels the reintroduction of Participatory Democracy practices in order to advance better democracy and greater accountability.

2. Each of us must play a role in informing other that they do NOT have to number everyone on a ballot paper. Just mark the ones they prefer or the ones they least dis-like if there are no good options.

3. Just don’t ask – demand – that greater accountability be instigated against those that our elected consider to be aloof and elite above the rest of us.

4. Demand more actions from your local elected. See those that speak up against injustices local and national. Take better note of those that (a) do/say bugger all or (b) sound off for the sake of wanting to be seen/heard say something just for publicity purposes.

5. Open our eyes to the complacent and silent – that in effect, are enablers to the doers of wrong, to be allowed to continue.

6. Openly recognise that there are no perfect political parties – but while doing so, also recognise that the main two that have been operating as a regular mafia for the last few decades on and off, have not only consistently failed to address many situations but in fact, have made them much worse. In recognition of this, we therefore must accept that it’s high-time others are now given a chance to step-up and take over the reins of power. These newcomers to government office will not be perfect – but can they really do any worse than the previous Dail mafia’s?

7. Try to do more at local levels to raise political awareness. Become active – or more active.

8. Trust anonymous slandering fools on the internet as much as you would trust a government minister. Both often put out stuff with their own agenda behind it. Those that use their real name, are less likely to make up serious lies. some will but they also know there could be legal consequences so some tend to stick closer to truths. The anonymous trolls of the internet on forums and other social media accounts are rushed to be believed, by only the foolhardy and easily misled.

9. I said it before and I will say it again. Opposition parties must STOP their attacking of one another. Supporters of each opposition party must stop attacking one another in various open and underhand forms. Such stupid activity is only playing into the hands once again of a Dail Mafia. It’s creating the “Divide and conquer” conditions that a Dail Mafia are trying to also advance. Such stupid attacking actions only enables the current Dail Mafia to also public claim “Look at those in opposition attacking each other. You want them in government?”. Stop the stupidity. Stop the stupidity. Unite under what we all more oppose and also want – than divide over what we just dislike.

10. Recognise that people are also very human – and humans make mistakes. Good humans will admit their mistakes, try to correct them given a chance and then hopefully with lesson learned, even do better. Bad humans will lie, deny and dodge. Sound familiar? Better reward or give any honest people more of a chance – and open our eyes to the political, ever bad chancers! 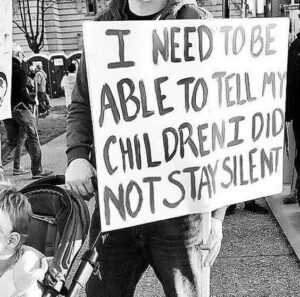 (Care of @ThisDayIrish – LINK) 130 years ago, 1st of January. 1892. Annie Moore, aged 17, became the first immigrant to pass through Ellis Island. She had left Cobh (known as Queenstown at the time), Co Cork, with her brothers Anthony (12) and Philip (15), travelling 3,000 miles to New York. Annie was the first of 12 million immigrants to pass through Ellis Island between 1892 and 1954, whose descendants comprise an estimated third of the people living in the United States.

I post the above information as it’s important we try reduce the now likelihood that Ireland people will once again be forced to leave our Island in search of a better, fairer life – in search of a place where they can better stand a chance of not having to fight over food or heat decisions, a place where they can actually afford to buy a roof and be able to save for a retirement future.

Unless we collectively and individually make batter decisions, stop being as complacent but opening our mouths more in protest, we will all enable Ireland immigrants to land on foreigner shores once again. Ultimately, we have got to recognise that we shall reap from what we sow, by action, inaction, silence or complacency. In the face of yet another rotten, double-standard, morally corrupt government still operating as of January 1st 2022, time is up for just rolling over and going back to sleep, allowing their crap ways to continue.