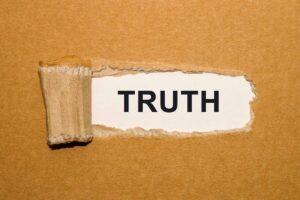 A Core, Deliberately Buried, Truth.
.
A lot of people are incensed over the exposure in the last few days regarding a Department of Forigne Affairs party going on in defiance of then health rules. Simon Coveney refuses to say if he was there or not – which is telling in itself.
.
Garda suddenly say they not checking it out as its not in their remit to look into Covid heath matters. Their response will be news to all those stopped at Garda check points, houses called to where parties were going on and even the #GolfGate attendies – some of whom are facing a court charge!
.
A lot of people say its just more antics of a “Do as we say – not as we do” government. Yes it’s fundamentally just that. More government double standards. It’s what they do.
.
HOWEVER, hidden away beneath the exposed party details that has got highlighted, is a fundamental truth that does Ireland’s international standing in the eyes of others, no favours at all.
.
The reason for the party occurring, was because Ireland gained a seat position on an international council that was to oversee international Human rights. Head of that council, ironically was Saudi Arabia. I say “ironically” because this is a country that has removed many a head by use of swords – when they are not chopping peoples hands off or whipping men and women in public, etc.
.
The reason why Saudi Arabia gave a committee seat to Ireland, is because they see Ireland and a weak state. A state that doesn’t have the courage to speak up against the very human rights crimes (including inequality ones, such as Saudi women treated like second class citizens) that Saudi Arabia (and others states) are still shamefully carrying out.
.
Saudi Arabia itself, has open admitted that its given Ireland a seat as they knew in fact, Irish sitting representatives would then actually keep their mouths shut regarding the (still continuing) atrocities of Saudi Arabia.
.
The Arab state gave Ireland a seat because they knew it would continue to look the other way at times convenient for Saudi Arabia, when the rest the world was calling them out for their own terrible crimes.
.
So,
1. Saudi Arabia sees Ireland as weak and basically, a puppet that will keep its mouth closed at times and
2. Other world countries continuing to condemn many abusive human rights wrongs, see Ireland as as totally useless when it come to gaining support from an Irish state looking the other way – or they see Ireland representatives as sycophantic to Saudi Arabia as Irish silence (by not voting against S.A) continues in regard to Saudi human rights abuses
3. Other world countries see Ireland as a quiet enabler of human rights abuses, simply because it won’t do what’s right and call out the offending Arab State(s).
.
(Seeing as FF/FG has been at-home, covertly abusing human rights of its own citizens in many ways, none of this will come as a shock to the awake on our island. Pressgang operations, data abuses, crime cover-ups, etc…).
.
In the end, the Department of Forigne Affairs had a party to celebrate not that we got a prestigious seat on an international council because we were a great Ireland country – but that at core, we were (still are in some rights aspects) a bloody useless one. One willing to operate with FF/FG at the helm again, as basked in terrible double standards.
.
Personally, I find the whole matter as no reason to celebrate anything. It’s also to our shame that we were given the seat, given the real reason why we got it!
.
All this of course, had been media covered up at home including #RTEcensored.
.
The exposed party is a shame to be placed on those there on the day. The reason for the party held, is a shame once again that can be laid at the feet of Fianna Fail and Fine Gael.
.
Fundamental core truth. It’s #TimeForBetter