In one way, yesterday was a more unusual day – the Dail debating got more heated than usual as banter went from government side to opposition side and back again. The main target was Michael Martin. The main reason, the government and their fuel tax decrease.
.
In another way, the same Dail session was a traditional one. We had once again questions put to the Taoiseach and others – for which they completely avoided addressing. This is a daily occurrence within the Dail. Not just for the 2020 formed government but for many that have preceded it care of either Fianna Fail or Fine Gael. 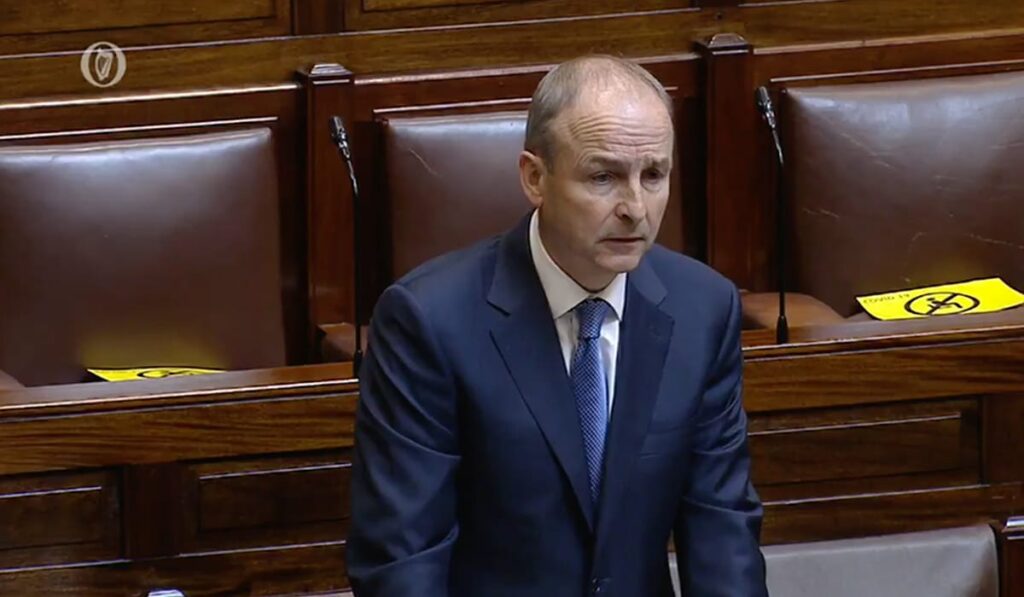 .
An example of this, was exposed as questions were repeatedly tried to be put to the present Taoiseach.
.
Michael Martin was repeatedly asked what was he or his government going to do about “Price-gouging” by fuel supply locations! His response was to repeatedly condemn such practises – but not once did he actually say what he or his government was going to further do, to stop it. In fact, he tried to pass the buck onto other departments – when in fact as we all know, there is not enough legislation in existence, for better crackdowns to then come about. However, he left that information nugget out as he just continued to condemn.
.
Even at a more private FF parliamentary party meeting when asked about the same thing, Mr Martin stated “Any exploitation of a barbaric war such as this is morally reprehensible. Such profiteering is completely unacceptable on fuel prices.”
.
Sounds good doesn’t it? What’s actually missing, is the actual answering of a question repeatedly put to him (and others in his government). Throw out a great soundbite that bonus distracts away from the very question. Standard government practise with too many consecutive FF/FG governments in particular.
.
So, an underlying problem will continue. Questions will continue to be ducked and distraction tactics are the continuing standard practise.
.
Yes, although yesterday was a bit more extraordinary, in another way it was just another traditional day. Some things are not for changing with Fianna Fail and the government it temporary fronts for Fine Gael.
.
This is a fundamental long-term problem that is long overdue for addressing – but the current Ceann Comhairle is clearly not willing to address this issue, as he appears to many instead, happy to let it continue.
.
Better accountability and problem addressing care of Dail elected? Not happening – as usual. #TimeForbetter