The following is one core reason why, I believe, we have bad elected and subsequently bad political agendas, corrupt and continuous bad outcomes emanating from state offices. I’m going to put out pieces of a larger picture here – then attempt to put them together so that a bigger picture might be seen all together. Please bare with me… 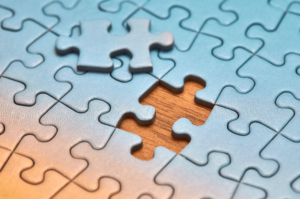 PIECE ONE. I do believe that many have entered our Dail with good intentions. With minutes however, their own ability to effect change, to be true to their very selves and their aims (something their personal voters supported), are immediately hampered. To blame: the ‘whip system’ being used in bullying parties
.
PIECE TWO: People sign up to the likes of UnitedPeople (and other similar non-whip setups) because they are united in a number of same ideas. They are united in thoughts of addressing particular matters, through particular processes. They certainly didn’t sign up to be told how to think or ordered how to vote.
.
PIECE THREE: If any aim/plan is true in intention and good enough, fellow elected of a same party, if they decent, will support it. If a good plan is NOT supported, the fault might not be in the actual plan. The fault might be with the sales pitching of it! Proper education is key!
.
PIECE FOUR: If a plan (for example: #CETA or #JobPath or similar) is to undermine rights, exploit others for profits heading to a spoilt elite or generally be unfair, seeing others left worse off – then how can any elected individual stand up and say “I do not support this. I do not stand by it. My voters didn’t put me here to accept such crap” …when such elected are pressganged, threatened, strong-armed, bribed, into voting for something that doesn’t relate to their original good intentions!
.
PIECE FIVE: The party whip system is outdated. The party whip system is at core anti-democratic. The party whip system is a licence for an elite at top, to bully minions below them. To me, it’s absolutely disgusting in this supposed day and age of “advanced society”.
.
PIECE SIX: Our elected say they stand for law and order. Irish laws, Europe laws, an international signed human rights declaration (and more) say that bullying and threatening humans is illegal anywhere – including in all workplaces – and just wrong.
.
Our TDs and Senators then say they are for law, order, the protection of human rights and oppose exploitation. So, why do many on entering our houses of power, subsequently stand by a process that is illegal and wrong outside the very doors of power?
.
PIECE SEVEN: Wrong is still wrong, regardless of tried on excuses by bulling thugs and their brainwashed supporters.
.
PIECE EIGHT: If a person is to oppose wrongs – how can they do so when they enter a building, only allowing themselves to be told how to vote and by request (that is, we all know, also an actual order from above).
.
PIECE NINE: If a person awarded a position of power or influence doesn’t speak up when they (a) see wrong or (b) go along with it for one poor reason or other, how can society be progress advanced?
.
I will try to put it all together, joining the pieces.
.
We have elected in office going along with bad plans, bad party hidden aims, other bad elected and bad personal profit aims. We all know this. We are all not completely stupid.
.
We know these ‘bads’ and more, will sadly continue, no matter what they are – and they are plenty. Why continue? These ‘bads’ are:
(a) too quietly stood by
(b) gone along with by sycophants
(c) allowed by those also invested in own advancement of ego and greed.
.
…And if a party whipped person even attempts to say (by vote) that they don’t agree with something that’s core rotten, they are (illegal under Irish/International law – remember, illegal in a work place…) party punished for standing up for what they see is wrong. The outcome is that a person is then made to support an agenda that will lead on to more wrong being done and more people exploited and fooled.
.
All the above is a summary. I could go into greater detail but this post is long enough for the moment.

The nub of my long post is this. If we want better in all things, fundamentally, better cannot even gain any chance of starter occurring, as long as individuals that have been awarded the ability to do good, allow themselves to be then strong-armed or stifled into allowing bad to materialise or continue.
.
As long as our nation allows party whip systems to outrageously continue, our very elected will be stopped from exposing and objecting to wrong – and thus those wrong and more, will continue.
.
Think of politics like a production line. If the production line is not operating correctly, not at best capacity, doesn’t have the best possible parts, is found to be consistently faulty… What condition can we truly expect the goods coming off at the end, be honestly expected to be in?
.
You want to know why governments turn bad and produce bad? It’s because at core, their way of operating is bad.
.
You want better in Ireland. One of the first stages is STOP supporting parties and their elected that (like Michael Martin recently, who very threatened his own party members) thuggish use a whip party system.
.
It’s outdated and fundamentally, detrimental to true democracy, thus to society.
.
We need more people that are able to freely express themselves by voice and by vote. We don’t need continued suppression outside our Dail and to date, still going on in it – no matter how they spin its existence or how they excuse its use! It’s fundamentally wrong – and worse, it’s stopping elected from opposing wrong.
.
If we want better, we firstly have to be better.