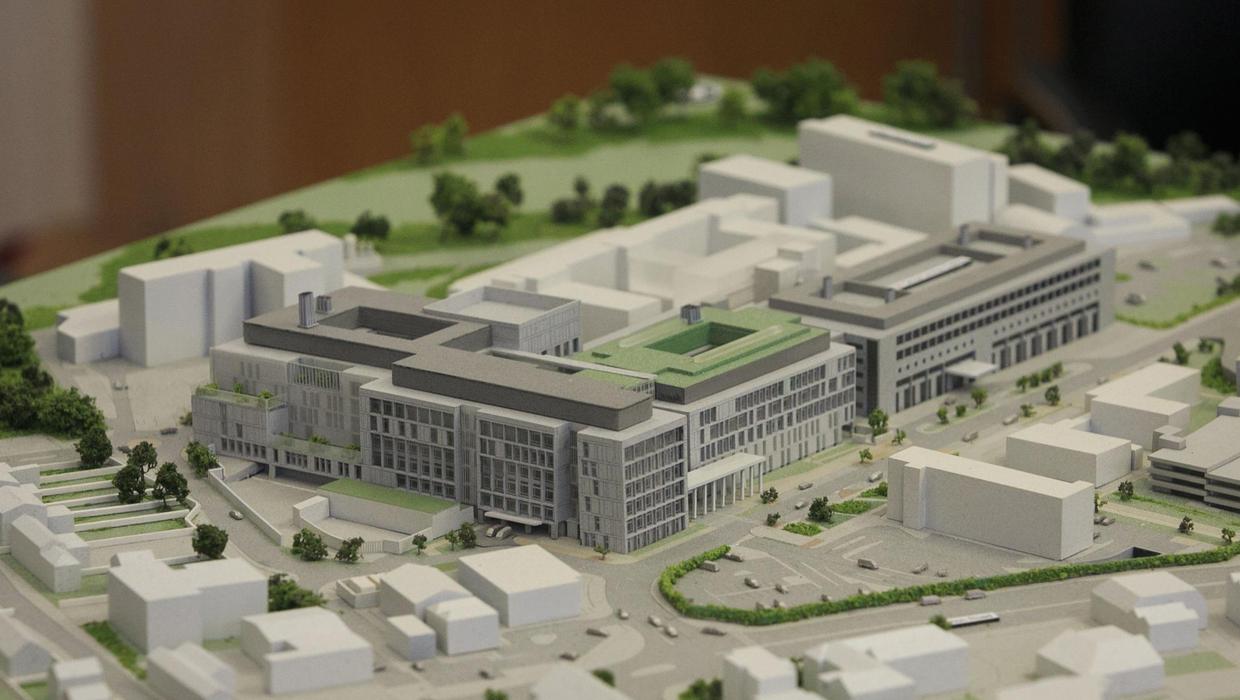 .
The current government of Fianna Fail, Fine Gael and Green Party are determined to ram yet another item down the throats of a nation. In this latest case, the National Maternity Hospital. In their effort, they are aided and betted by biased media and many journalists (which is a whole topic in itself). There are many aspects and questions that government elected and RTE (for example) refuses to disclose and in question avoidance, also is using smear and distraction tactics. On top of this, their Dail antics even worse compounds matters. This post is made to give you an inkling – an introduction – to some of their antics and what they are massively trying to hide from a nation.

SIDENOTE: What this post is NOT, is an attempt to create or stir up hatred.  The government biased newspapers are once again spouting that those who opposed the #NMH scandalous hospital giveaway, many connected dodgy antics and pointed out the nuns org national lie (“We will gift the land”), are hate creating. No. Some of us are not.

Let’s get something out of the way first. The Sisters of Mercy stated they would gift the land needed for the new maternity hospital, to the state. They didn’t. They openly lied to the nation. Instead, they passed it over to a private corporate setup that on which, would sit people of their own choosing. These we might assume, would be people that hold a similar ethos and religion ideology to those that have also hired them? The nuns lied to Ireland. It would not be their only lie in this matter (see here: Link) as they would also public lie about Vatican involvement while dealing with them in the background. This lying situation must be acknowledge – but our government refuses to talk about this national lying – and refuses to subsequently hold them (again) to account. Why? Good question. Moving on…
. 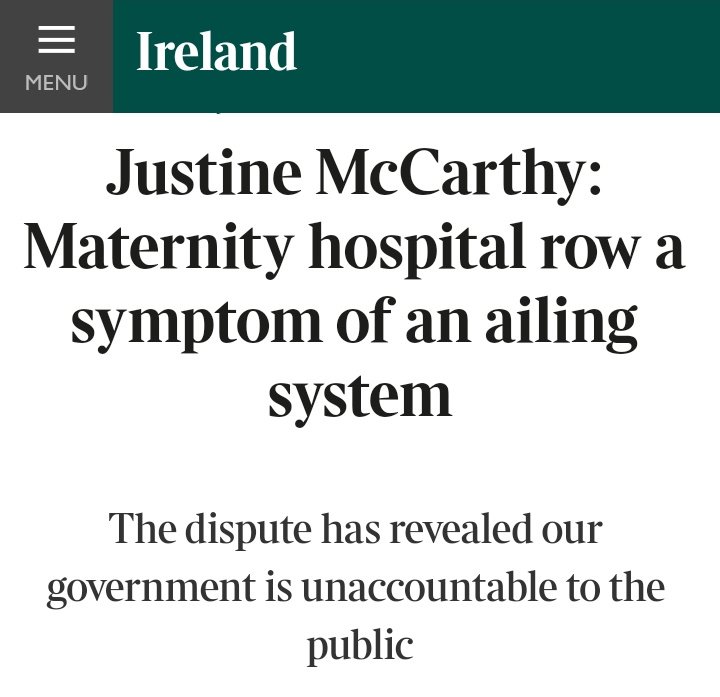 .
OPINION:
.
A lot of the information above has been deliberately buried, watered down and in many cases totally censored from mass publication.
.
The government via it’s top elected, are consistently going on about “availability of services” as if this was the only thing the public was concerned about. It is absolutely not – but that huge fact, is what government and biased media want to keep more hidden. I will say it again – if only to try combat Government distraction tactics being played out on the public through mass media.
– it’s about fixed management by the religious org.
– it’s about never fully owning what the public is paying for.
– it’s about lies, double-standard CPO usage and quiet deals – never mind also, questionable people previous attached to other financial antics, also involved. It’s NOT just about availability of services – as RTE and government would have you brainwashed into thinking.
.
Public; “SERVICES… MANAGEMENT… OWNERSHIP”
Government; “SERVICES… SERVICES… SERVICES…”
.
Stay distracted. Keep your mouth shut. There nothing at all suspicious here. Move along please…

Sorry – but no. We cannot stay silent. We will not go ‘quietly into the night‘.
.
The government are repeatedly saying that all services will be available in the new national maternity hospital – “Availability” is not the same as “Guaranteed“. It’s legally not – and in fact, at other SVG hospital setups they sometimes decline to do what they say, they will permit in the future. Remember: No 18: SVH directors would be committed to “upholding the values and vision” of Mother Mary Aikenhead”.
.
We are pouring many state millions into a national hospital that will see it owned by someone else other than the state – and on land that will still not be owned by the state. Leased/loaned is NOT the same as actually legally owned. When legal disputes will happen – and they will – that’s what the courts will fix on, legal points of law. In this case, contract law. Adding further “notes” to them will also have no legal standing. It’s PR hogwash for the masses. Courts will fixate on ground legal technicalities as typed out in a contract/lease. We know this. They know this. They know we know this. We know they know this. The only ones attempting to fudge gray legal areas, are the ones trying to get a political win for themselves or their media supportive mates through TV, radio or newsprint.
.
The government however, while banging on about the first matter, remain more tightly lipped about the latter – and that’s before we all then get to question the nuns new “subsidiary” board (even stated as such by RTE), fronting things for their religious org. An org that has still to make full payment to the state, for past intuitional abuses carried out by their numbers in the past.
.
Repeating part of what I have stated elsewhere (LINK) “An increasing growth number of people have asked me why the usual dodgy parties in government, are so determined to enter into a complex, odd religious contract with a nuns front organisation, setup with a religious org injecting its own kind on yet another controlling board! A setup with further odd, possible loophole, non-land owning, contract terms. All of which could be avoided if the resolve was there! A massive reason why Fianna Fail is determined to bull ahead with the current farce setup – instead of taking the land needed or relocating elsewhere – is that Fianna Fail in particular, are utterly desperate to gain what they consider to be ‘a win’ during their current government office tenure.
.
In the end, if each of the government parties could pull their heads out of the sand or out of their backsides, they would see that the maternity hospital ‘win’ is going to be anything but that! With local elections coming prior to the next general election, more FF, FG and Green Party heads are going to roll. We know it. They know it.
.
…But still, the ‘win’ over a national maternity hospital going to turn things around – as far as the government is concerned! Yes, they are so far down ‘a rabbit hole’ of their own making, they cannot turn back. For that inability, the public once again must pay a price – and will continue to do so as long as the government continues in present office. It’s bad enough that they consistently try to fool (and bully) a nation of people, now they are even trying to even fool themselves. That’s how bad things have got to…”
.
Lies.
Media antics.
PR Misdirection.
Poor or no accountability.
Questions ducked/ignored.
Undemocratic whip bullying of elected.
Questioners attacked for daring to ask on matters.

On it goes. It’s just another day in the 2020 formed government. If this stuff was happening in any other EU country, it would bring the government down in days! However, this is Ireland, where such highly questionable, highly convoluted antics are now the ‘norm’ and foolishly allowed by those that continue to vote support the culprits or the silent on such matters. It all stinks to high heaven. It’s clearly #TimeForBetter. 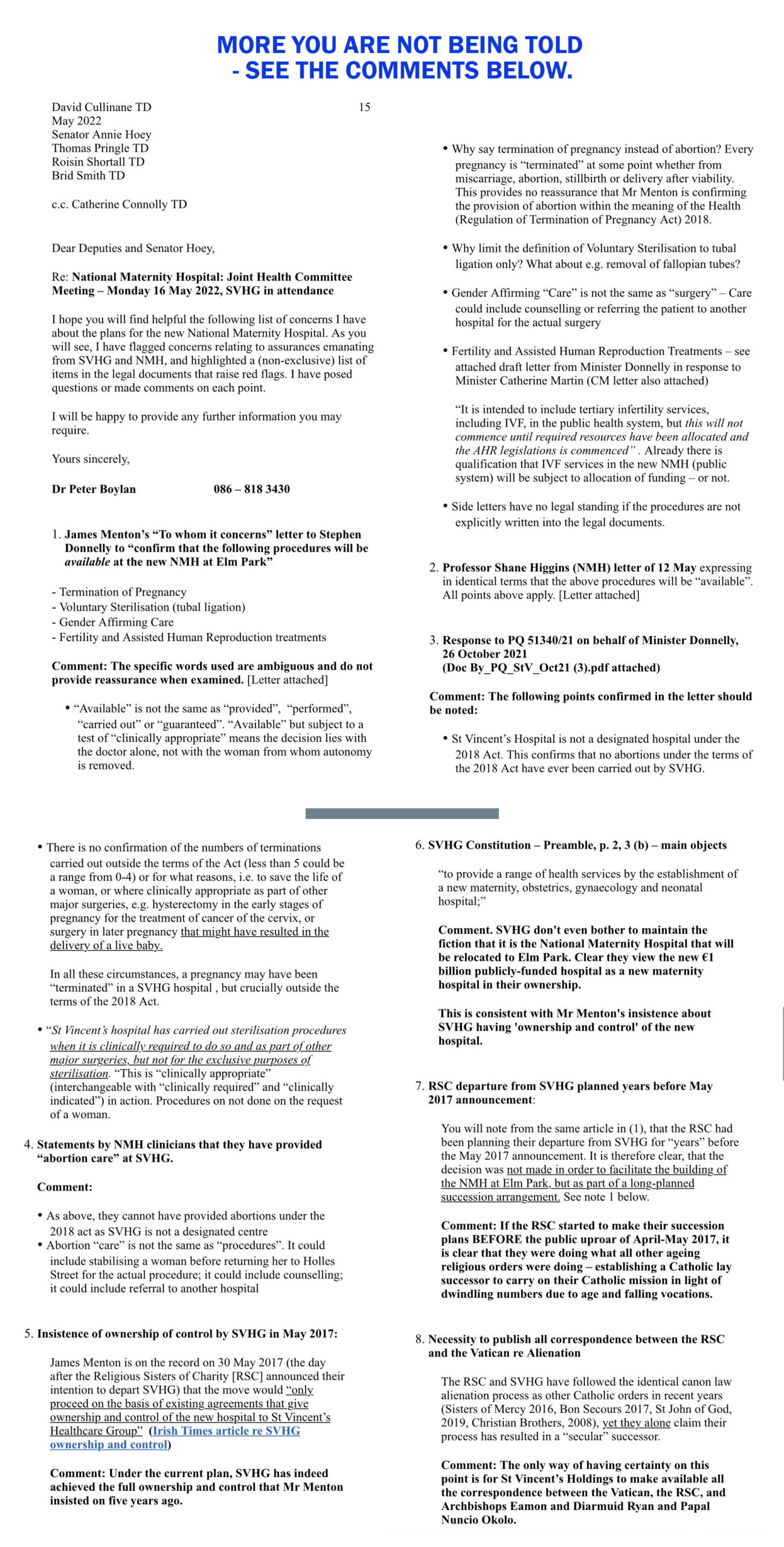