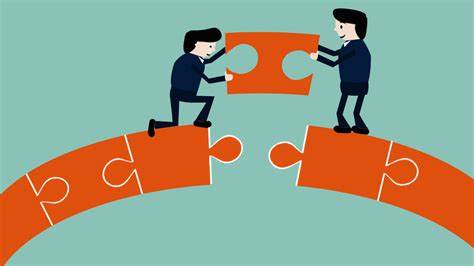 Politics has been the cause of death for many. Directly or indirectly. Through bad decisions made, no decisions made or in some cases, complete silence as political heads have cowardly decided to say nothing either, as they face a situation they don’t want to address. Instead, they oft times try kicking the problem like a can ‘down the street’ for someone else to handle later.

We are nationally and globally in crises mode also when it comes to politics, what’s core truth and what being PR spun by those in power and to some extent, some of those that oppose them. Politicians have taken facts and twisted them. Opposition has taken facts and twisted them. Both have at times completely invented ‘facts’. Both have sought out their version of of that they consider ‘facts’ as those items suit their already pre-established thinking. Both often cannot accept that there actually might be some vestiges of truth in what an opposition is saying.

…And why should one’s opposition be listened to when they lie too? The open-minded amid us will recognise that we are witnessing a vicious circle. The public is caught up in it. Real truths are caught up in it. Core truths have become so twisted and fractured, bit taken out for use depending on what one previous believes and other facts discarded as they do not suit one’s own thinking – that in the end, core truths have ended up buried under mis-direction, the PR spinning of too many and often smothered to death by further exaggerated lies.

Lie after lie. Lie on top of another lie, in attempt to deny the existence or admittance of the previous one (or many). At the heart of it all, is politicians on all sides. Look at the White House in the USA, for example. Decades of civilian killings in foreign lands, brought about by presidents dead and still alive. Their intelligence sections joining with them, to lie to single and united nations. Crimes buried by lies. Lies buried by more lies. The tellers of core truth, ostracised, targeted by state and targeted further for kidnapping (PR called “Rendition”) without any formal due legal process taking place. Countries that see this going on – see the lies and willingly put up with them because they wish to kiss ass to the liars during a symbiotic financial/political relationship – or know in the future they will be be needing the services or money of the lars and their state.

The White House is not alone in such methods of operation or alongside such other sycophantic states who are using one another, to obtain a means to their own end. The liars put up with others lies because in some way, they need each other.

From Bad To Worse.

Things have gotten so bad that our politicians in government and a faction of their opposition, have now ingrained into a good percentage of the public, a deep mistrust of those that are even outside of politics. I’m taking about our esteemed academics, our professors of culture, mathematics, science and more.  People that have spend a good proportion of their life seeking out core fundamental truths – only now, with increasing frequency, to have even those core truths twisted according to whatever is the latest mindset of the person wishing to do an agenda based twisting! Where does it end!

When we as a nation, as a society, as an individual, are brainwashed, are convinced not to trust anyone at all – to immediately disregard what someone else has said just because we disagree, or someone else disagrees, with others long sought, often very verifiable truths, we are further dooming ourselves, dooming our society and quietly frankly, putting at risk our very existence in our universe, a fraction bit more.

Things have got so bad now that ordinary citizens are genuinely afraid to answer questions put them. They are asked a question “What’s your opinion on ‘this’ or ‘that’ matter?” They try declining answering or give a deliberate vague answer, for fear of been found to be disagreeing with the thinking of the questioner – or afraid that their answer might automatically see them classed as “brainwashed”, “fooled”, “blind” and more by those of more fixed, blinkered thinking. People are more afraid to answer some questions these days because they fear they will be attacked over an answer they might give. Have I lied yet? Deep down, you the reader know the truth.

It’s to core truths that we must return. Start by waving aside those of the extremes. Wave aside – deliberately ignore if need be – those who seek to divide and conquer. Their agendas are often detrimental to core truths being trusted. If we have little or no trust in their agenda, how can we then trust their dismissing of real facts that deeps down, we suspect, does have vestiges of truth within their existence!

Can mankind do this? Will they be give the opportunity to do so by others with their own questionable agenda? It depends of the power of the people seeking core truths and now, if they are willing to ‘fight’ for it and seek it out from under a mountain pile of  lies – often lies that are also political in original origin. The task ahead is not easy or for the faint-hearted but it’s a task that must be committed to, by more people if truths are to win over lies and the agendas of those that seek to divide and conquer or further culture a xenophobic outlook within society.

Ireland used to be referred to by others, as an island of “Saints and Scholars” If we can find the latter, without any questionable political attachments or shenanigans attached, we must take a further leap of faith and start to trust what those long knowledgeable people are saying or indicating. Not dismissed just because their words don’t suit our own thoughts, the thoughts of those we support or even where we live.

We may continue to question and criticise – along with offering alternative suggestions – but we must not continue down a path of dismissing everything just because it doesn’t fall into our own adopted thinking. We must start to trust core truths again and those that are genuinely speaking them with sincerity and honesty.