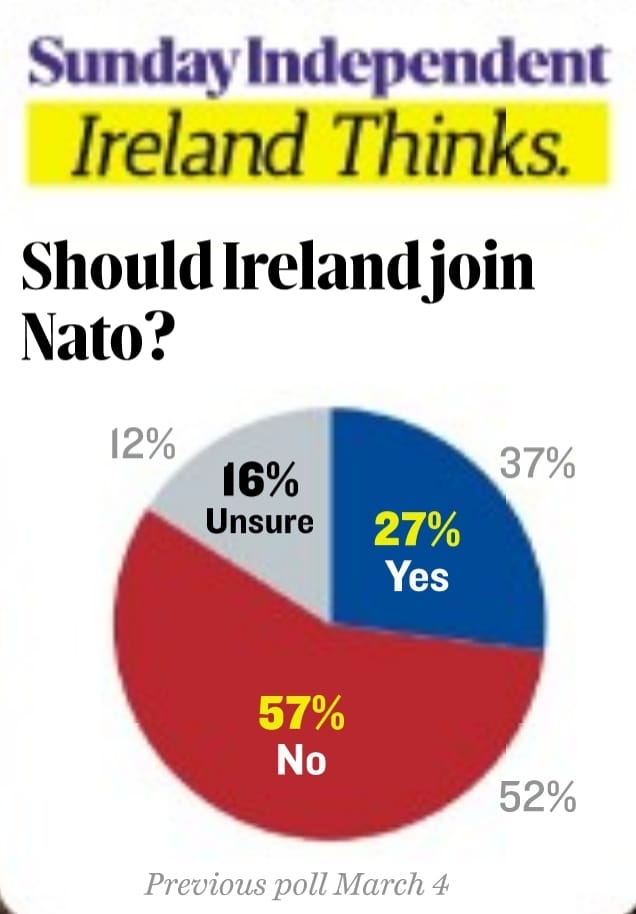 .
Today you will awake to the results of a national poll carried out by the Sunday Independent. An important poll that #RTE will barely mention – if they do at all – because the national station continues to support the government and it’s agenda, on a daily basis.
. 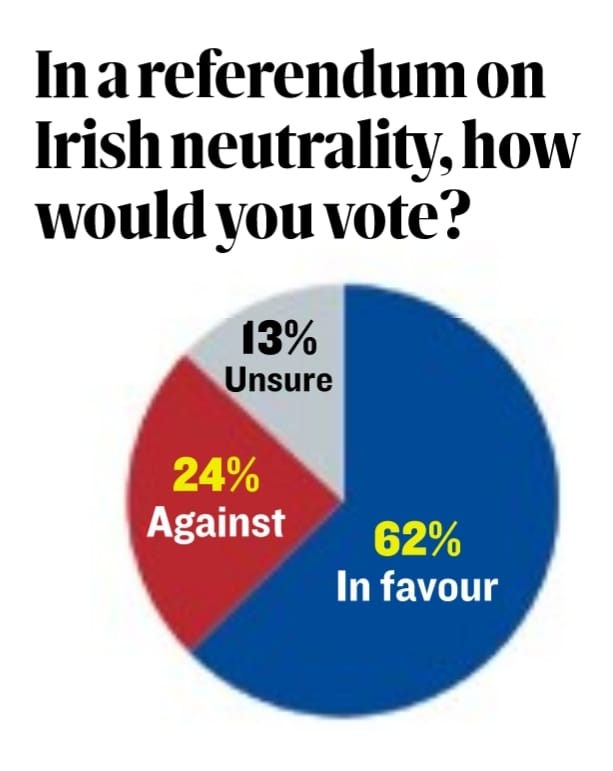 .
The poll results show:
.
1. Ireland does NOT want to join NATO.
2. Ireland would vote for STRONGER constitution neutrality measures to be inserted. A referendum FF/FG/Greens undemocratic this week, ganged up like the Mafia they are, to deny Ireland’s citizens that democratic vote. A vote RTE also blanked and left elected on political TV shows, unquestioned about later. Matter deliberate avoided.
.

.
Mr Varadkar’s own words in today’s Mail on Sunday expose just how far he and his party are totally detached from what the people of Ireland want. FG wants to get rid of our constitution enshrined triple-lock safeguards so they can then pressgang with Fianna Fail and Green Party, our nation into something – a military setup the public in large majority ABSOLUTELY DO NOT WANT. It doesn’t matter a damn what the public wants. Fine Gael and Mr Varadkar, a national and international law breaker, is still determined to ram their self-adopted agenda down the throats of a nation.
.
Wake up Ireland. These lying, treacherous elected must not be re-elected again. Stop voting for them and all that stand by their parties.