As soon as the Northern Ireland votes started being counted on the 7th of May, 2022, once again a scenario that regular occurs in the South, become obvious, was happening again. We are talking about a scenario that in latter years though previous general elections and subsequent local elections, regular occurs – but national, even local media, consistently (deliberately) fail to report on.
.
As soon as Northern Ireland votes began to be counted, it was again immediate noticeable that “First Preferences” were massively going to one party – and heading that way in further massive numbers.
.
The outcome: many SF election runners were at very first count, automatic elected. Before a great deal of “also rans” were started to be elected, 16 from one party alone, were already elected to the new 2022 Northern Ireland government.
.
This now regular occurs in the South. I ran in a number of local elections (knowing I would not get elected but by running, would at least have to be given media speaking time, to try raise awareness on a number of pressing matters effecting citizens).
.
Standing within the count centers, watching the votes being counted, within one hour of the count starting, it became very obvious who the public was by far, massive FIRST PREFERENCE wanting. This is important to note.
.
As the hours passed, other runners would with 6th, 7th, 11th and more, eventually cross over the quota line needed, to later become also elected. They by far, would NOT be considered by voters, first preference material. In many cases, far front it! Some were just elected as they were the last ones left. Honestly!
.
However, such is our present way of electing people, when these “also rans” gained their own enough numbers, they were then able to claim that the public desired them to be the top people for holding office. Once appointed to those offices, the “also rans” then formed their own coalition – and in fact, in reality, rubbished the people also elected who were truthfully, appointed through citizens “First Preferences”.
.
Reality: A bunch of FF “also rans” joined with a bunch of FG “also rans” – then using Greens as a means to their own end, numbered out the “First Preferences”.
.
Anything the “First Preferences” said, tried to do, tried to expose or even question, were in later office, rubbished by the “Also rans”.
.
I could go on about this in greater detail (and likely bore you more) – but the point is this. Quite often now, government and councils are being run and ruined by “also rans” that have in truth, not being the majority of people’s first preferences.
.
The “First Preferences” have been deliberately side-lined by a bigger bunch of “Also rans” – who using their then combined numbers, were legally allowed to take charge of things. Previous members of their party, of course either helped write such laws that allows this – or were unwilling to change necessary laws, to invoke more elements of democratic fairness. It’s obvious why certain parties don’t want to change things, that still sees they gain better!
.
To conclude, we have a government of “also rans”. We, at local and national level, a whopping bunch of people that are far from being people’s first choice to speak for them. We have heads in power that were given a lower vote – picked as a near last resort – while the “First Preferences” have been subsequently side-lined. This is our current (outdated?) democratic system.
.
I say it’s #TimeForBetter. Some government in the future seriously needs to relook at how “also rans” are allowed to repeatedly see off the “First Preferences”. Time to update our democratic system.

ROBBED (in my opinion).
.
Follow-up to the above post.
.
I mentioned a previous local vote counting situation. At one of those counts Imelda Munster, SF candidate, was then running for a council seat. Within minutes, not even hours, of the counts being started to be counted before our very eyes, it was obvious she was the constituency’s top choice BY FAR. For every vote another person got, the woman gained three, four, five in her favour within the same minute. 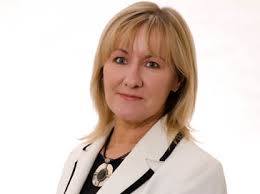 .
The woman was then – and still is now – hugely popular in the Drogheda region. Yes, I say this even though technically she is from a different party to the one I founded. That stated, I have NO doubts that she is a very hard worker, she’s reliable and willing to listen to every person who is able to speak to her – despite she often very packed schedule. If she says she will try do something, you can bet your backside, she will indeed try. She certainly knows her stuff.
.
I mention Imelda Munster because, due to reasons outlined in a just previous post, even though I was technically election opposition, I felt at the time – and still now feel – that she was robbed of a previous position she also should have most deservedly got.
.
After the local elections were over, our local council setup consisted of the usual FF, FG and independent lot (“also rans”) along with SF elected. Repeatedly, some of them allegedly got together and organised amid themselves, to stop Imelda Munster becoming the then Major of Drogheda.
.
Let me be clear. She was by count, far, the most FIRST PREFERENCED wanted person in the constituency. There was no question about this. Yet, for all those vast more first preference votes, she was never allowed to become Drogheda’s mayor – as the others with their cartel looking setup, made sure that never happened.
.
The “also rans” decided year upon year, who amid themselves, would be Mayor of Drogheda. “You do it this year. I will do it next year – and he will be it the year after…”
.
Never the person that was by far, the actually most wanted by the public – as massive indicated by first preference votes.
.
Local media heads knew exactly what was going on. A person would have to be stupid not to know, when they were involved in politics for a while. This situation is actually replicated throughout Ireland and other media are similarly keeping their mouths shut about it.
.
This is not true democracy in Ireland, in action. It’s a further example of how our current democracy system is being still abused. I am going on record as stating this concluding opinion. Imelda Munster was legally robbed of a position she should have gained. I was then – and am still now – disgusted they did this to her and her massive supporters in the Drogheda region. This was not fair democracy in action.
.
POSTSCRIPT. No one was more delighted than I when later Imelda Munster was elected to the National Dail. She gained what the “also rans” failed to gain, a more powerful seat. A seat that they could not deny her by their own, more local antics. Mrs Munster now sits in the Dail as a TD – while I suspect, some of those that repeatedly denied her a Mayorship title, are back at home grumbling over her subsequent success and their own failures. Karma!