Those that are protesting on national streets of Dublin and within their own communities, know all too well the situation in regards to Mica and the affect it’s had on their homes, their wallet and their very heath in many cases. 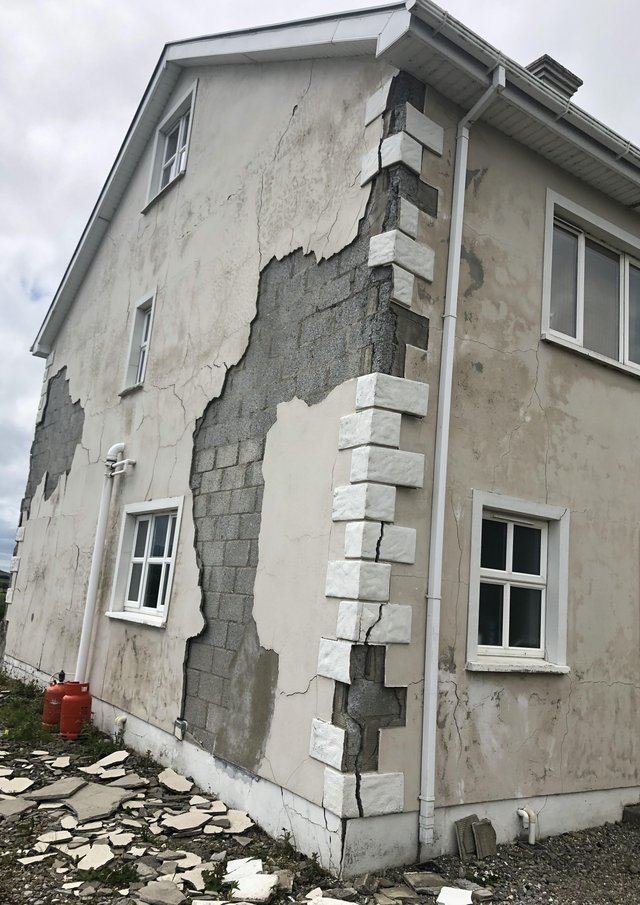 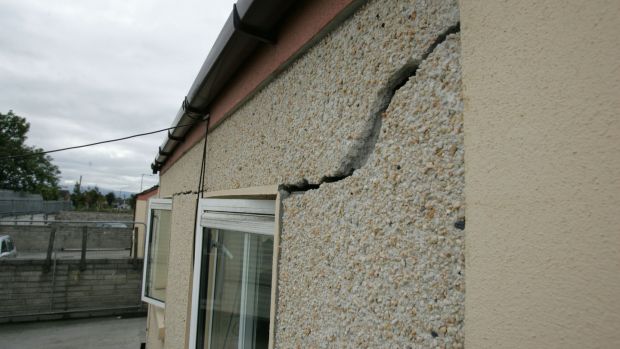 It’s a simple question to ask but in order to answer it, some things need to be clarified.

ONE: The original, on the ground, builders were not at fault. They are in fact, an easy target to aim at by those misinformed or those who know very little. Builders got their brick stock delivered to their work site and worked with them, expecting that the blocks indeed met that usual standards set out in a state adopted standard (S.I. No. 288/1949) – because the manufacturers certified their product (blocks) saying they met such standards standards. ‘Brickies’ themselves were not manufacture brick experts. They only worked with the ‘stuff’ given to them.

TWO: Some non-informed or mis-informed have said “Homeowners are at fault, they should have known the blocks were bad“. Let me ask a simple question. If a block was put in front of you right now, could you tell if it was faulty or not? Unless a person is some sort of very rare mineral expert or high up educated in a brick manufacturing process – and even then it would be hard to spot a faulty brick just by looking at it, there’s no further way any average citizen can look at a brick and say “Yes, that’s definitely faulty“.

Further truth on this matter. There was no way to visibly detect that the blocks defective during ongoing building. The actual inner defect was latent and only manifested itself after time had passed and many freeze/thaw cycles along with that time passing. Exposure to weather especially on the West coast might have also speeded up some of the faults there emerging but internally, the faults everywhere were there, waiting to fester, be it sooner or later. The blocks were just like a ticking time bomb, waiting to go off.

THREE: Terrible state regulations that exist are part of the root cause of defective blocks existing. Brick manufacturers were actually allowed by government regulations to “self-certify” their own items made. The manufactures, through “self-regulation”, were allowed to say that their product met standards required.

FOUR: It’s important to note that a precedent has been already set in Leinster with the Pyrite Remediation Scheme. The government quietly admitted fault lay within state regulations, that in turn allowed defective materials to be used at no fault of the builders/owners – and which allowed the manufactures to sign off on their own made product. Had there been tighter state regulations in regard to “self-regulation” – never mind also, the genuine standard that the bricks had to regulations meet –  the Mica problem would not exist.

FIVE: Some say that it’s up to the block manufacturer to sort out. You cannot blame informed people for saying this. There is truth and accuracy in their words. Sadly, in reality, it has been impossible to sanction the manufacturers so far – some have stopped existing, changed hands or moved on. Some are using legal tactics to avoid responsibility. So far, nobody has successfully gained recourse using legal routes.

SIX: Insurance companies should cover the matter – but using loopholes and more legal ducking/diving, they decline doing do. Some insurers argue that the defect didn’t exist prior to any building – the defect just didn’t manifest until years later – but the components within the bricks that made them up, were brought together under a process that originally then created the complete brick – which was then used to build homes.

Read HERE (a shocking read) for more on this part of the problem.

SEVEN: Government TD’s think that the current 90%/10% #micaredress scheme is decent. The government are expecting homeowners to pay an additional 10% for something that is totally not their fault.

Reality is, through caps and exclusions the homeowner will end up paying more than 10%. Some are expected to pay around €100,000+. Most – if not all – don’t have this. They have already spent every Euro to accommodate themselves and their children in alternate accommodation and pay for additional other bills related to relocation in temporary places that have become more and more harder to find and now, afford as rents go higher.

Those that had no option but to stay within a faulty home, have had to pay huge amount of money on further heating, power, etc, bills, as their walls have been crumbling around them. Ever try living in a location that had gaps or holes all around you?

Expecting someone that is at no fault whatsoever, that has spent an extra fortune over many years just to try live, to be then able to come up with another €100,000+ Euro, is just nuts thinking!

The underlying fault initially can be laid with poor state regulations that in turn allowed poor “self-regulation” by manufactures, to take place. Insurance companies also have let people down massively.

Who is completely NOT at fault, is the average citizen who, trying to do a decent thing, just sought to buy a home for themselves and their family! They were exploited by others and to date – continue to be victimised unfairly by the state, by poor laws of Ireland that further weakens their cases of legal redress, and let down – betrayed – by the manufactures of the bricks in the first place.

The state was at fault and the manufactures were at fault.

Nothing less than 100% redress will be adequate for those involved, still suffering, who are trying to get their lives back to what the rest of us consider a ‘daily normal‘. Beyond serious financial stress, years of serious physical/mental stress and the further knock-on effects of living in a combined hell, left abandoned too long by those that are ultimately responsible for putting innocent people in their predicament.