Many Don’t Forget Labour’s Past 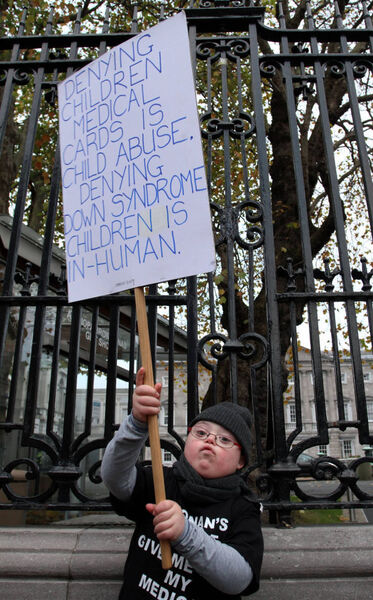 I see the Irish Labour Party once again, through it’s usual chancers, are trying to make themselves be heard, gain print space by saying something controversial and same time once again kissing backside to FF/FG – while joining in with FF/FG at even again, attacking a fellow left-wing party. It’s what they do and more…
.
Some of us – many of us in fact, will not forget their own previous many antics.
* They supported the imposition of water recharges (and still support its new PR version, “excess” usage),
* They u-turned on students over fees, student loans and stabbed them all in the back,
* They stood by and supported many FG tax hikes and further inventions,
* They – a supposed left-wing party – created their own right-wing policies, example: stripping away medical cards, LINK
* They carried out more u-turning in one year than Fine Gael has ever done in ten – and that’s saying something,
* They too made the nation revote on something, when they didn’t like the result of the first count
* They allowed Shannon Airport to become a further daily tool for US troops, their weapons, mysterious rendition (kidnapping) flights, etc,
* They deprived single mothers, parents and earners, repeatedly, of even more money.
* They imposed their own further tax hikes,
* They used the Seanad as a crony rewarding tool. When their own TD’s were public sacked, the ones that also called for it’s closing, Labour in an undemocratic act, bunged its sacked TD’s into it, to tide them over and force them on people who vote said, they didn’t want! Labour ignored the public’s vote and crony looked after their own,
* They supported TTIP, CETA – its new PR version and aided Ireland into an EU army setup now PR called PESCO,
* They have supported and stood too quiet by the imposition of #JobPath, a continuing pressganging operation that’s still (using public money) rewards two companies and their fronts, for a failure rate of 93%+, still gains data stolen from the public, is a setup that has seen people illegal threatened, have big money stolen from them, blackmailed into signing private business contracts and forced into jobs that has seen public then made far worse off. 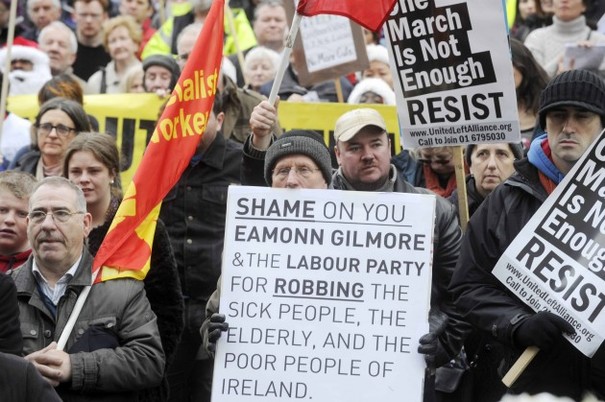 .
* They have supported the FF/FG methods used to see that Ireland’s once existing neutrality, be destroyed as it too ran, not walked, into further EU treaty setup that have left Ireland further ribbed of fishing and other industry rights and natural resources,
* “Champagne socialism” became a daily phrase as the supposed left-wing party continued to line it’s own pockets with incredible greed,
* They embarked in many acts of cronyism, nepotism and wining/dining of their own when not doing same with business mates and national/local radio station presenters,
* They betrayed the principle of their grassroots and stabbed their electorate in the back, through many methods,
* They supported FG efforts to break the backs of unions, when also not using unions – leaving workers further exploited – as a further means to their own political end,
* They voted to take the tax from wages and pensioners Medical Expenses refunds – regressive taxes with no allowance for inability to pay,
* They raided funds from Trade Unions to try give them an unfair advantage, over others, in elections,
* Like Joan Burton’s plea to voters, to give second preference votes to Fine Gael, this was seen by many as an incredible act of political direction betrayal,
* They aided FG in it’s agenda to see more landlords and company vultures invade Ireland by opening legislative doors as well as allowing further mass bulk buying by them – which in turn had led to ordinary buyers out-priced very often and then homeless,
* On local fronts, their representatives carried out a number of individual dirty election tricks, produced printed leaflet lies and even rubbished workers on air or off,
* They too have allowed state institution abusers, nuns, priests and even monsignors get off from being held to greater legal accountable for their crimes, crime hiding or report burying/destroying antics. Labour party elected remained and still remain, all too quiet,
* They sought to politically exploit matters around Jobstown, Dublin, as a way to lash back at people protesting, then having them charged for “Kidnapping”, seeing homes invaded by early dawn Garda raids to arrest a young teen and more,
* When the people of Ireland need support the most, they brough in their own brutal austerity measures and further supported FG austerity unfair antics,
* They upped tax on cars, upped vat on basics such as fridges, cut child benefits and aided the DIRT tax to steal people’s bank savings,
* They have consistently supported the break-up of state bodies as they continue to support a still ongoing FG agenda of privatisation of state services,
* They have supported by silence or open vote also Dail placed, FG/FF policies that have further seen a generation left without roofs over their heads and rents further price hiked,
.
They have done all the above and more. Their current elected at local and national level are denial about the above. They are deliberate silent about much of the above. They quietly continue to support much of the above.
. 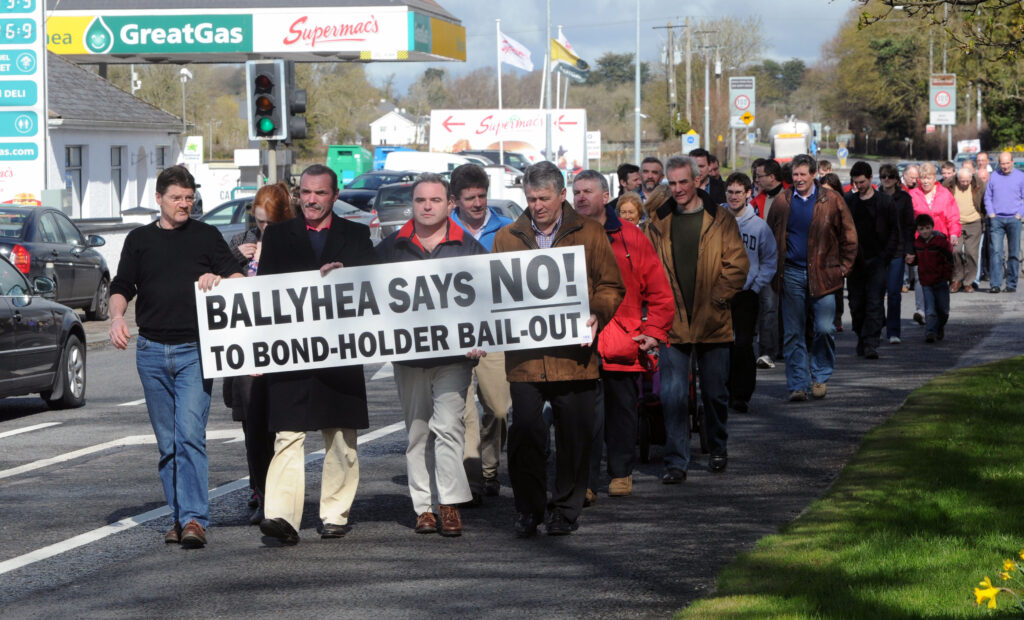 .
The voters saw it all – many of which still remember it all – and a lot still do not forgive.
.
In PR attempt to win back voters, Brendan Howlin stated “We are rightly proud of the many things we did in office. But we’re also honest enough to recognise that we didn’t get everything right.”
.
Many would say – and did say by later votes given to others instead – that Labour has not only made many mistakes, the Labour party has totally betrayed the people of Ireland and incredibly, it’s very founders – now possibly rolling in their graves!
.
The public of Ireland have vastly stopped listening to what Labour representatives have to say because the Labour Party has consistently shown that they stopped listening to the people that also paid their “Champagne socialism” wages!
.
The Labour Party remains doomed. If they stop being stupid, if they stop supporting and funding PESCO, Jobpath and it’s various forms, CETA, and much more – if they end the “Champagne socialism” antics – if they actually join with left-parties rather than attack them – if they stand up and say “We are sorry. We were wrong” without further addon-on excuses that few are still swallowing – maybe, maybe, they stand some chance of renewal with generations to come. Maybe…
.
Till then, many do not forgive and many of us certainly will not forget!