A decision by the European Court of Justice to liberalise the sale and distribution of medicinal cannabis is being challenged by the Government and the Health Minister. The department and Minister Donnelly have refused to disclose the reasons behind the State’s position.

The revelation was made in response to queries by socialist TD Paul Murphy who asked Mr Donnelly whether ‘his attention has been drawn to the judgment by the Court of Justice of the European Union in a case in which it was ruled that an EU member state may not prohibit the marketing of a cannabis product when it is extracted from the cannabis sativa plant in its entirety’. LINK
.

Maybe part of the reason why Mr Donnelly is unwilling to talk, is because his department has a long history of being possible wined, dined but most assuredly, lobbied at regular intervals by representatives of the cigarette and medical companies who fear new competition?
.
Although there won’t be immediate new legal cigarettes consisting of cannabis content, the existing companies pumping out their own deadly product, fear any new progressive steps will open a door to that possibility – possibly some day in the future as matters progress.
.
Here is what the government (also #RTEcensored) declines to explain to Ireland people. Nobody can claim copyright over a natural plant. This is important to note.
.
You and I can no more claim to own copyright over a rose, a turnip or indeed a natural cannabis leaf than your next door neighbour. As such, this puts the big companies in a massive pickle.
.
Example: Anyone right now can sell roses, having grown them from their house garden or even flat plant pot. This immediately, no matter how small an operation, puts such a grower in competition with larger growers who might have far more overheads to boot.
.
The companies cannot stop them as they cannot claim they have copyright over a rose. The best they can claim, is that they might have copyright over a particular production process in order to grow that rose! However, other than that, they cannot claim copyright over a natural product as much as a single rose grower can.
.
Their ability to then grow their own roses and claim they are better, are far more limited. If many around the country decided to grow their own, big business setups would start to take a serious hit as buyer people MIGHT SWITCH TO NEW ALTERNATIVES that could work out to be far cheaper and closer to home in production (people do try to support local businesses when they can).
.
However, the companies even here, are limited. How do they claim that their roses are better – as theirs and their competition can only claim that they are naturally grown?
* If they are not naturally grown, then who would want to still buy, more genetic altered ones, with other dangerous additives included, that then could be more dangerous?
.
Ultimately – what if every one person in ten around the country, decided to grow their own roses for their own reasons? Big rose selling companies could face ruin overnight or after a short time period! Think about this. The big companies certainly have. It’s one of their biggest nightmares. They, thus lobby government to keep such matters from even start occurring, via a door opening even half an inch!
.
Are you starting to get the bigger picture?
.
So, they lobby governments to ensure that the people are legally barred from possessing certain things and if, by small chance they do manage to challenge that state imposition, the public ability to produce something is then kept further limited in scale. Can’t have them getting to big, challenging later competition or giving the public a new alternative?
.
Any of this feel familiar? 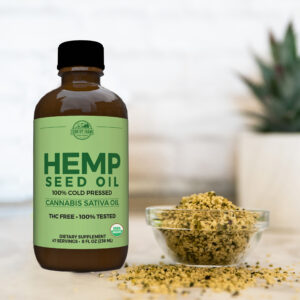 .
There’s more to this whole picture than the government and certain media, are willing to detail… Now, look beyond cigarette companies. How would a natural plant product also affect major big drug company corporations and their mega profits too? Yes – they are busy lobbying many a world government too. You should be asking why!
.

SIDE NOTE: If you or I was to say to the government tomorrow “I am going to make a product that will mass kill people directly or indirectly, will put your healthcare system under severe strain and more including limiting people’s ability to work!” …What would you expect any decent government to do? It would – should – say “No way in hell, are you going to be allowed to produce that product! We won’t let you make and sell such a dangerous item!“
.
…Yet, many world governments including Ireland ones, allow the cigarette companies to continue to produce their addictive, body damaging, killing poisons and allow them to be sold over counters. An item that has killed millions of people worldwide and put a massive drain on state healthcare systems – which in turn has led to delays and mega financial costs, subsequently heaped on every taxpayer. You and I cannot make a lethal product – unless you give a government money of course – and it’s got to be big money to get them to flip!

* Money talks.
* Those with big money, get to more ‘call the shots’ while governments openly deal in more double standards.