Censored? Sorry – Not Allowed To Know That

It is with great regret that we see broadsheet.ie close. Why? In part trolls of a political nature who coward hide behind fake names in order to attack speakers of truth, ongoing management censorship of other publications/services and in part, incoming new state laws that further actually cracks down on freedom of expression – while PR tries to make out it supports the opposite!

The words of one journalistic contributor to Broadsheet.ie as it closes…

.
“David Langwallner writes: ‘It has been a great privilege to write for Broadsheet for the last number of years and the site has shown great faith in me and published some of my pieces which were liked very much and are of my more popular works, but which other outlets I write for would not publish.
.
That is because the Overton Window has shifted to negate criticism and the press either internally censors or corporately censors or now, with the proposed bill in Ireland of criminalising offence, has censorship imposed upon it.
.
It is unpopular views that most need airing and, although I do not believe covid was a conspiracy, the suppression of human rights alongside a hyped-up emergency and the shifting of assets to a plutocratic and pharmaceutical elite, were clear for all to see.
.
Broadsheet‘s defence of the underdog is remarkable and the defence of a kind of old world civic decency that did exist in Ireland and to some limited extent still does, Their hatred of official corruption and the persecution and prosecution of the innocent was also very much to the fore.
.
And Official Ireland is beneath contempt.
.
We can agree to disagree about other issues. what is certain is that a great forum for public discussion along with others are being closed and these are worrying dark times. The dying of the light of public discourse.
.
Au revoir not au bientot.“
…………………………………..

.
There you have it. Media setups internally censoring news. We certainly know RTE does it daily, as does other outlets at times – including even local radio stations (some presenters with too much personal power of influence) and local papers.

.
Journalists want to get news items out including many still buried, government scandals – but others above them limit the range of topics that can be even touched.

I could go on quite easily for weeks – possibly months. 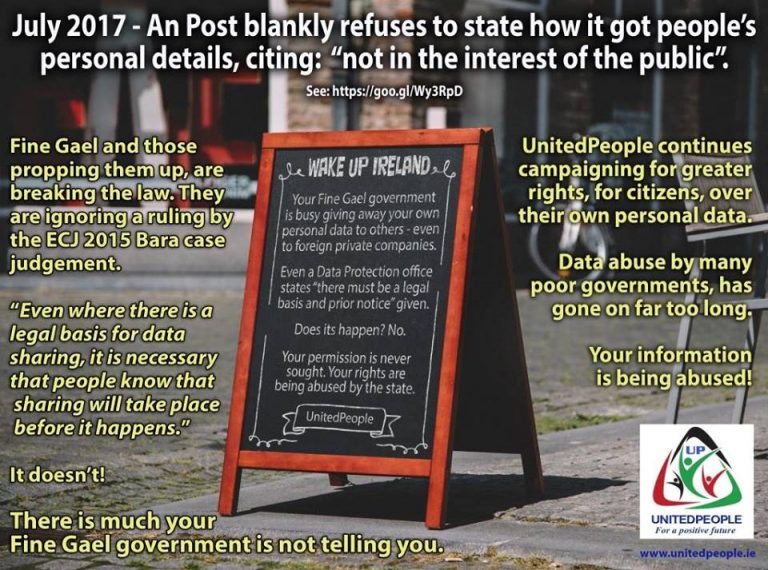 The amount of stuff that is state and private corporation/company censored is absolutely huge. Many journalists tell me this, as they also tell me of many scandals happening right under the people’s noses at local levels – as well as at national levels. Journalists want to keep earning in order to feed themselves and their family. They want to be able to continue paying off their home bills, etc.  They want to survive – so many are stuck with inability to have their material published, never mind even an editor looked at their stuff! They know that there’s no point in even bringing stuff to the eyes of those lording over them. Their stuff will not be touched even if their wrote items are 100% true and can be independently verified by many sources.

An Orwellian nightmare continues, getting worse bit by quiet bit. Not think so?

Go to Facebook and Twitter. In the search function there, look up “#RTEcensored”. Prepare to to very shocked – but also far better then informed. 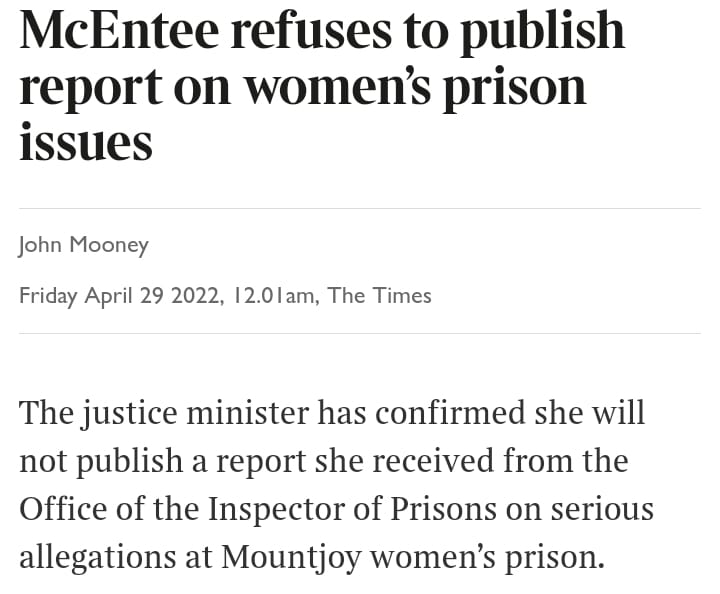 .
This is Ireland of 2022. Fianna Fail, Fine Gael, Labour and the Green Party have all got a hand in keeping things suppressed. Their individual elected have a hand in keeping things suppressed. They wish to continue burying crimes and further scandals they or their mates are connected to. They are now quietly proposing bringing in more laws to stop more scandals being possible exposed. This government and the previous ones headed by Fine Gael – and backed (again) by Fianna Fail, have already rammed through laws to lessen the ability of journalists and public, to access Freedom of Information, once available items. The usual parties are again quietly working to keep as much buried or from being published, as they possibly can. All the while, at the same time, further undermining the rights of the average citizen.

However, RTE (a national disgrace for various reasons you are not allowed to also know about) and your local paper/radio management is refusing to tell you about this going on too. Why? In part, look at who is running it! Who appointed them! Who at the top level has political connections? …And that’s just RTE.

There are a few publications still battling against information suppression in Ireland. Essential regular reading:

These publications rarely get a mention by other media and state setups? Why? Don’t want their exposing items further publicised? Don’t want to aid the other exposing media, being able to greater share what is far greater going on at local and national levels? You can draw your own conclusions. Anyone that is unfortunate enough to think that RTE is honest and fully exposing what is really going on in Ireland, has been very seriously deluded. The antics of RTE, you could alone write or read a book on – if you were allowed!
. 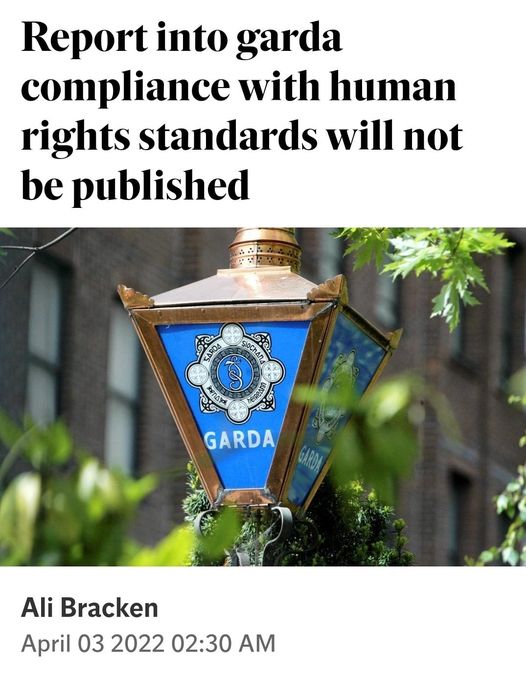 Those that even dare to speak up, are often media ostracised. My local radio station, Drogheda based “LMFM Radio”, never has myself on. Despite I doing a very rare, special important thing – forming a national political party “UnitedPeople” (LINK) and Dail registering it (absolutely not an easy task itself). You would think that anyone in Ireland that sets up such a thing, would at least be brought in and questioned as to “Why did you feel the need to setup such a new party?” – but “NO” – my local radio station still COMPLETELY blanks me. Despite contacting them numerous times on local or national issues, I (and others) still remain blanked/ostracised by them.

NOTE: The only way I do very rare get on it, for a mere few minutes every five years, is by running in local elections and knowledge of the law – where state media laws (in theory) says that all runners must gain equal decent airtime. The station like others around the state including RTE, then get box-clever. They don’t allow the top parties to be often confronted by the lower parties. In my case, I (and others) was previously given very limited time (a minute to read out something – then not allowed to be further discussed) – then kept airtime and separate day away from the usual main Fianna Fail, Fine Gael and Labour contenders. One Labour contender who, by sheer coincidence, has a best friend that’s a radio presenter at LMFM.

When I and others do get on it, the questions are limited in scope. Presenter attack and undermines the runners far more than questions issues wanted to be raised. We are not given opportunity to raise any or many issues. We are not allowed to confront others “Because they are not here to defend themselves” – RIGHT!!! – and who conveniently made them “….not here to defend themselves” ??? Yes, the very radio station presenters and those backing them! Outside of election times – the ostracisation then continues for another five years. As long as the public is not allowed to hear from us others, the public remain in the dark to our efforts to expose illegalities and scandals. If they don’t know we or greater issues exist, they then won’t bother vote to support us! Do you get it yet?

The usual political mafia will get voted for instead – and they do.

…But you’re also not supposed to cop or know all this too! Just keep being brainwashed, keep being very limited in your political knowledge and kept much in the dark about hell of a lot more – if Fianna Fail, Fine Gael, The Labour Party, the Green Party – and their media biased supporters can help it! They certainly try.

…Meanwhile, just since the formation of the 2020 government – with the usual parties involved – the 70+ scandals and highly questionable antics, does continue… 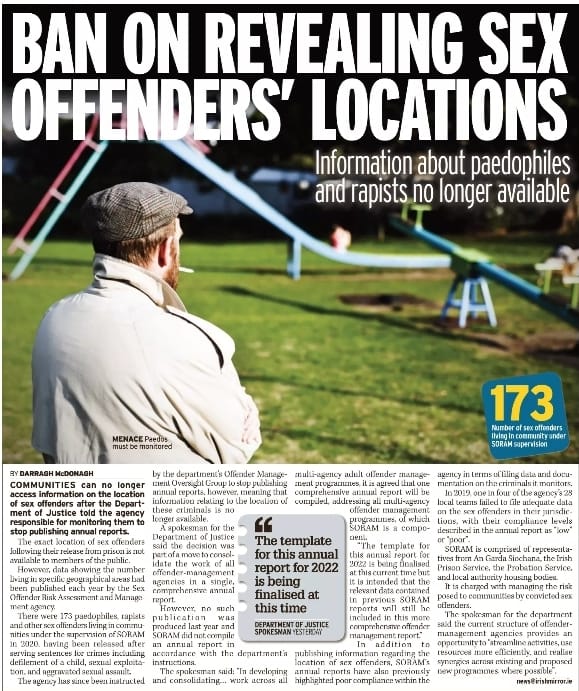 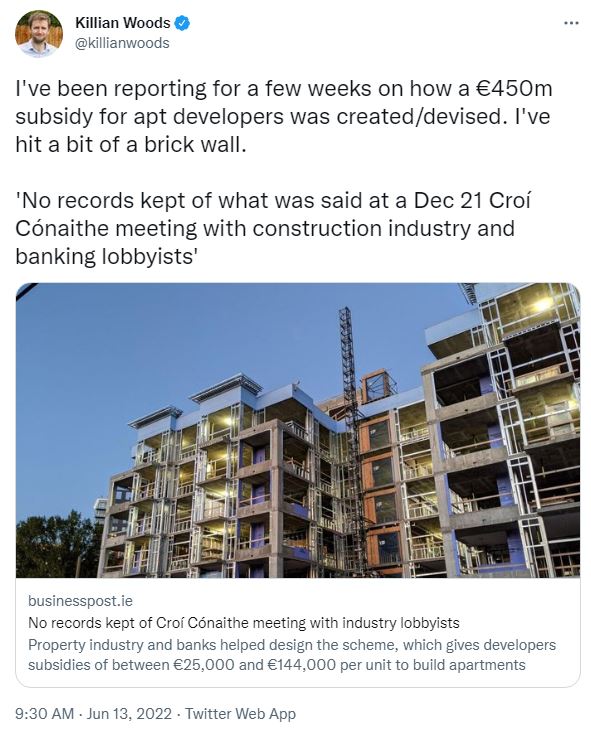