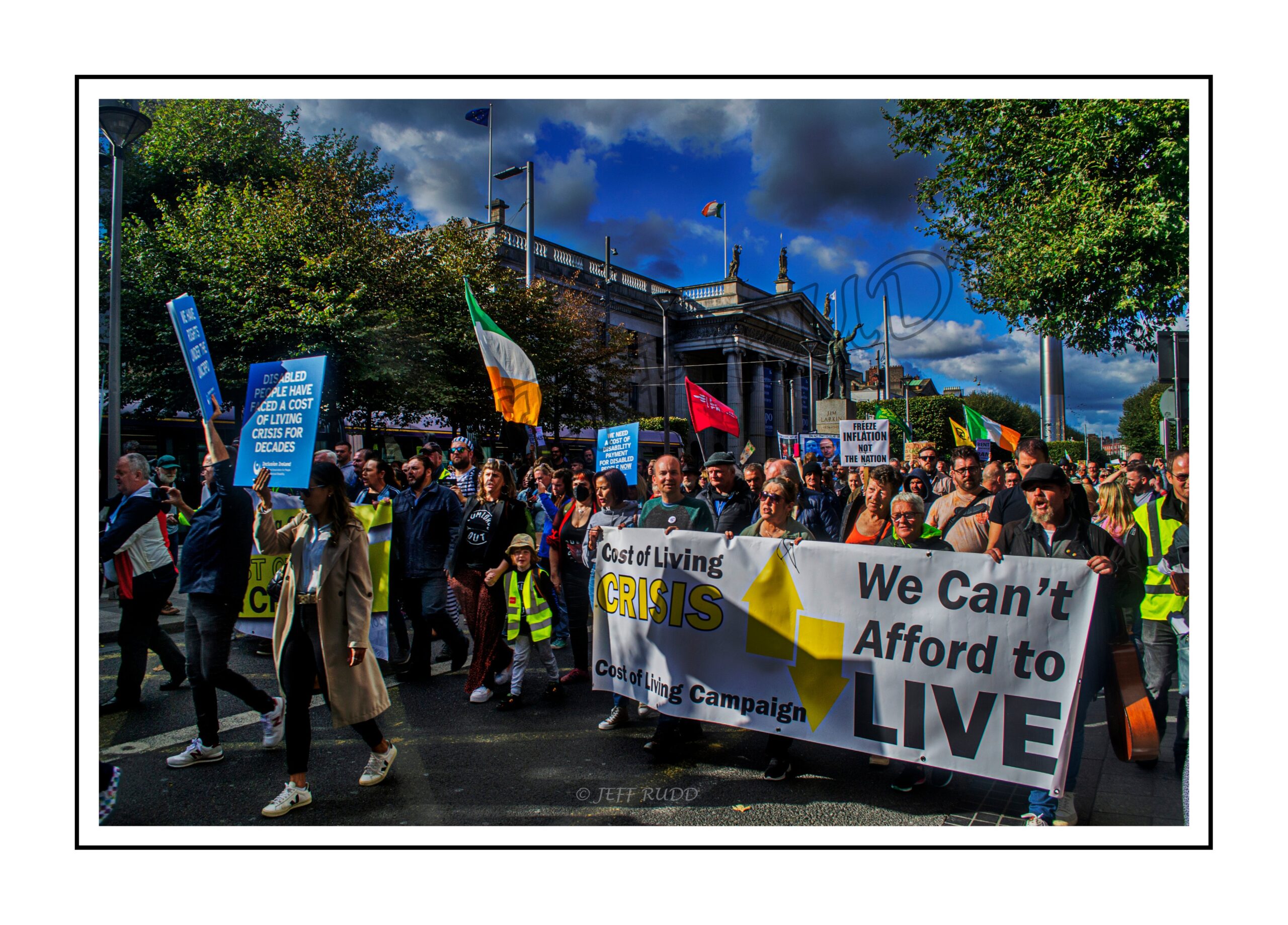 .
Saturday 24th, this month, was likely to be just another day for some government TDs who often ignore the voices of their local voters demanding better from them.
.
However, the backroom party strategy groups that exist in each of the three government parties, will have observed the supposed 20,000+ protest marching in Dublin yesterday, as
(a) a further wakeup call and
(b) a further sign of potential future election box disaster.
.
It’s already accepted by all parties and media, that the forthcoming budget will not only an attempt to help people suffering the effects of a world economic crises, but it’s also quietly accepted that “This is it” – it will be a ‘make or break’ budget for Fianna Fáil, Fine Gael and Green Party. This week’s budget will be a very serious, quiet large-scale attempt to ‘buy voters’. Let’s not kid ourselves, this type of political antic is nothing new. It’s generally accepted by political aware public that all parties indulge in attempts to ‘buy voters’ all year, every year, with their continuous announcing of new plans. It’s what they do.
.
Every plan centers around two main agendas.
1. How can we better address situations?
2. How can we be seen better than others, to be better addressing situations?
.
There sometimes is a quiet third agenda: “What can we quiet slip in, before it’s too late to stop it getting Dail vote passed!” The current government parties (along with biased media) regularly indulge in attacking opposition for supposedly floating populist notions. A big truth is that they all do it – government parties too! Next week you will see open examples of populist budget ideas announced. If their announced plans do assist many of those that are struggling, that’s great and such plans are very much welcome. Great stuff, if it all genuine helps as many possible.
.
We must accept, even reluctantly, that no budget will address everything and everyone. Each annual budget announced, always leaves behind people who ‘fall between the cracks’ of budget proposals. Opposition with every announced budget, quickly as possible try to scan through Dail budget documents handed out on budget day. Truth, in part to seek something to criticise sitting governments with, on the day when they too know, far more of Ireland’s population will be radio or TV tuned in.
.
*** SIDE NOTE: This year’s budget as its announced, is expected to be one of the most ever live turned into, by the public. ***
This is why every year on budget day, government parties’ physical hand out detailed budget documents (reluctantly) to opposition in the least amount of time possible before a Minister of Finance gets up to speak on the day. The less opposition know till the last minute, the better for whoever sits in power. It’s what they do every year!
.
This year’s budget antics will be no different. While the exact details of the 2022 will be different to previous years announced, the political antics around it won’t change.
.
As for the 2022 budget itself, the three government parties know this will be THEE BUDGET in their possible modern political lifetime, that could be a successful survival attempt or an ultimate breaking of them. The pressure is on – possibly like never before in the history of modern Ireland! As for the background people in each of the parties that plan election strategy, they know that 20,000 people who marched yesterday, are a force to be not dismissed easily. The party planners know that each person who attended yesterday, shares their feelings/opinion to a possible 10 to 20+ others back home on a regular basis.
. 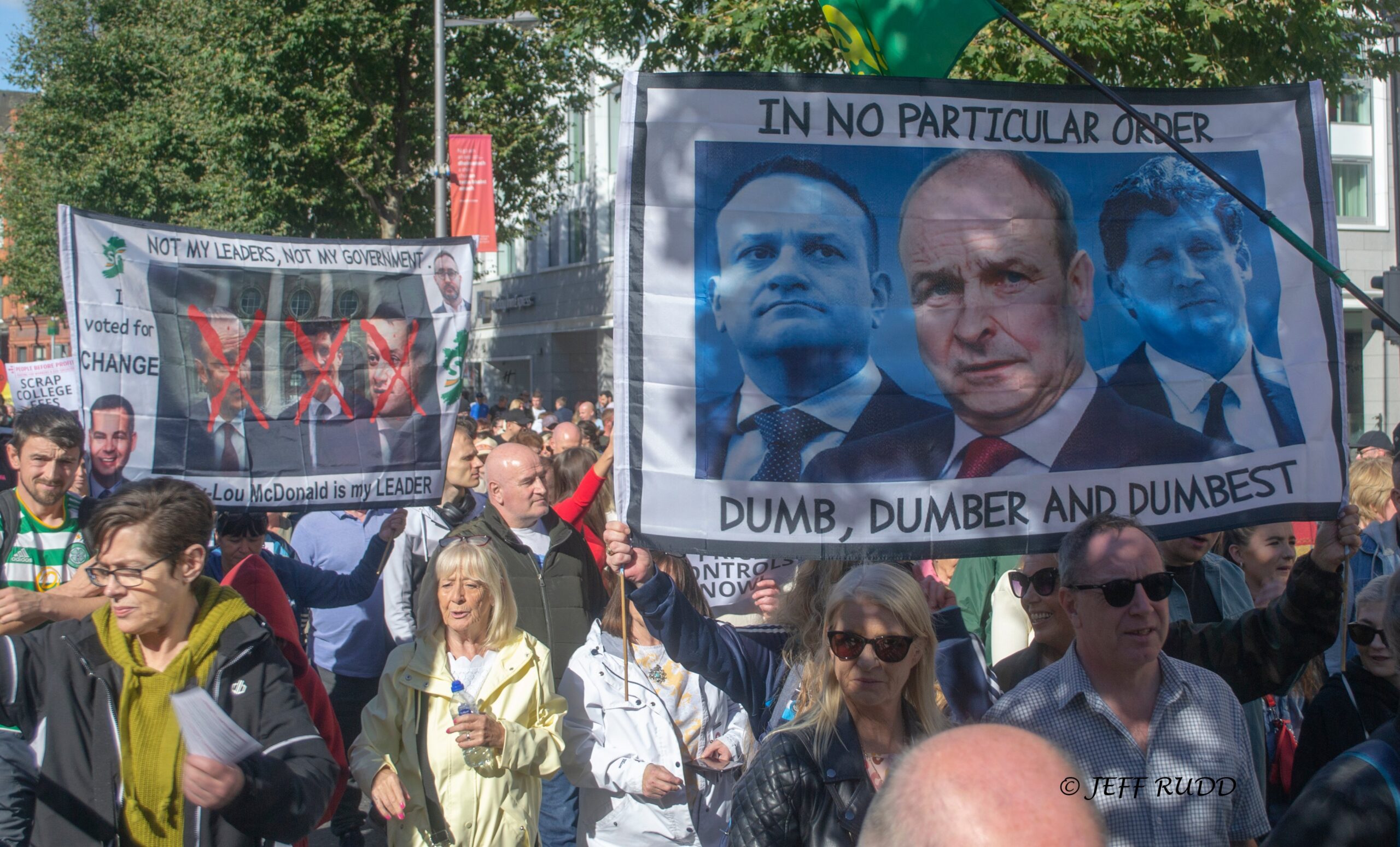 .
There might have been up to 20,000 people marching but that’s 20,000 people who will give out or support government announced measures, to a later 200,000+ others across the country. Those 200,000 others will then speak further to others. The numbers grow exponentially. For party election planners, that’s a lot of future possible happy or disgruntled voters!
.
So, in greater truth, government elected who are dropping in local or national polls, are likely praying to their God that the 2022 budget will save them too. They desperately need something to positive pitch through their local radio stations and local newspapers. They will attempt to suck dry any possible positive PR spin from the budget, for use on their local front. Ironically, opposition looking for cracks in every budget, do similar, if only to try put down those they oppose. It’s what they all do. We all ultimately know it.
.
As for the budget itself, fundamentally we all hope that in it, will be measures that will address our own life situations. Come next week there will be big announcements and buckets of elected voices on screens and radio. What will possible make or break them all, will be the exact budget details and any cracks that might leave suffering people, including elderly and children, unaided or not aided enough! We know it – and elected representatives definitely know it.
.
The coming budget will be ‘make or break’ not just for Ireland’s population, it will be ‘make or break’ for top political parties. The pressure is on. Truth.
. 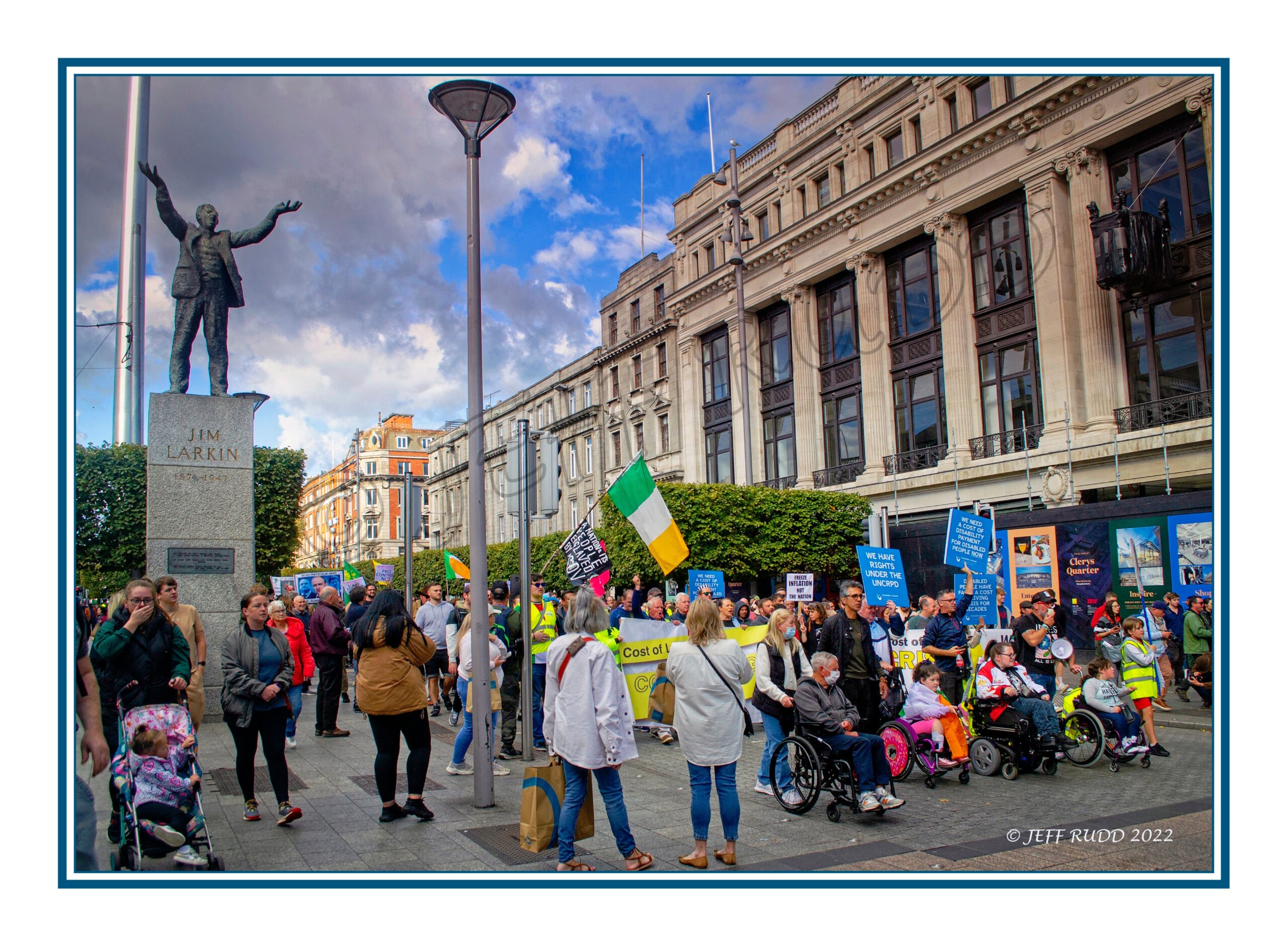