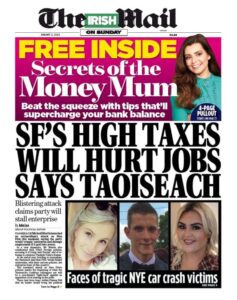 Michael Martin yesterday, was given unchallenged organised coverage across 4 newspapers. It’s something like what RTE does on a daily basis.

His attack that SF was like Putin (offering no proof and not citing one working example to back his lunacy) is just more stupid muck throwing. Muck throwing that we have all come to expect in the Dail by him and outside it, by him and his party. It’s what they do.
. 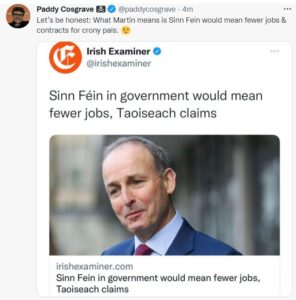 .
Sinn Fein is not the perfect political party solution. No party is that. Let’s be honest. Sinn Fein has it’s faults. All parties does. What ultimately matters is how they operate once they get in an actual government – and then care for lives and society in general!

If we were to muck throw, we can easily do so just based around history and it’s detailed evidence. Only a stupid fool would try passing crystal ball future predictions as already supposed fact.

There is enough history evidence existing for us to be able to form more solid, accurate opinions regarding past and present government parties. We certainly will be able to judge Sinn Fein WHEN it gets into government office – for history will then start recording their abilities and outcomes made, thereafter.

Till then, we can only better judge things based on matters and people that have existed before the present day.

Fianna Fail, Fine Gael and the Green Party – as history already shows – are three parties that muck throw before “history” has even been formed. They might as well be predicting the shape of future clouds. The best they can do, is indicate – not like now, lie, trying to pass opinion as fact!

Opposition parties criticise government based on actual past and current evidence. Note these differences because here comes an important question.

Truthfully, which is more likely to be accurate? Government ‘crystal ball’ wide, laughable muck throwing efforts – or – opposition looking at past and current events, criticising and questioning people and respective failures?

* There is a difference between “Muck throwing” and “Criticism”. One is all in the mind of a person with an agenda. A heap of own opinion, future based slurs.
* The other is (let’s be honest too) often return “Muck throwing” (yes, often with an agenda too) actually based on much evidence within history, past and still presently being made.

It’s ultimately important that people are able to tell the difference, if they are to better make further judgements of support and vote. 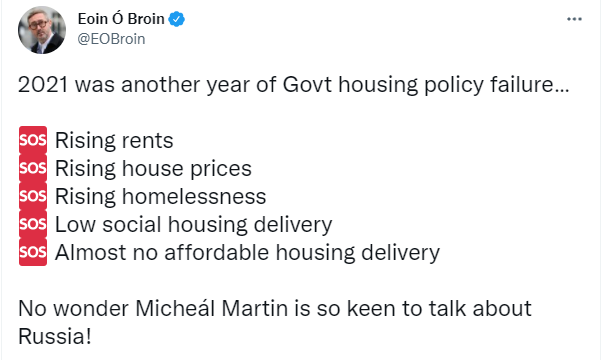