It’s felt by consumers as a con carried out by corporate supermarkets and drink manufacturers. It’s now become so commonplace that governments the world over look on and day/do nothing. Meanwhile, citizens are left with less but charged more.
.
Yes, we are talking about “Shrinkflation“. 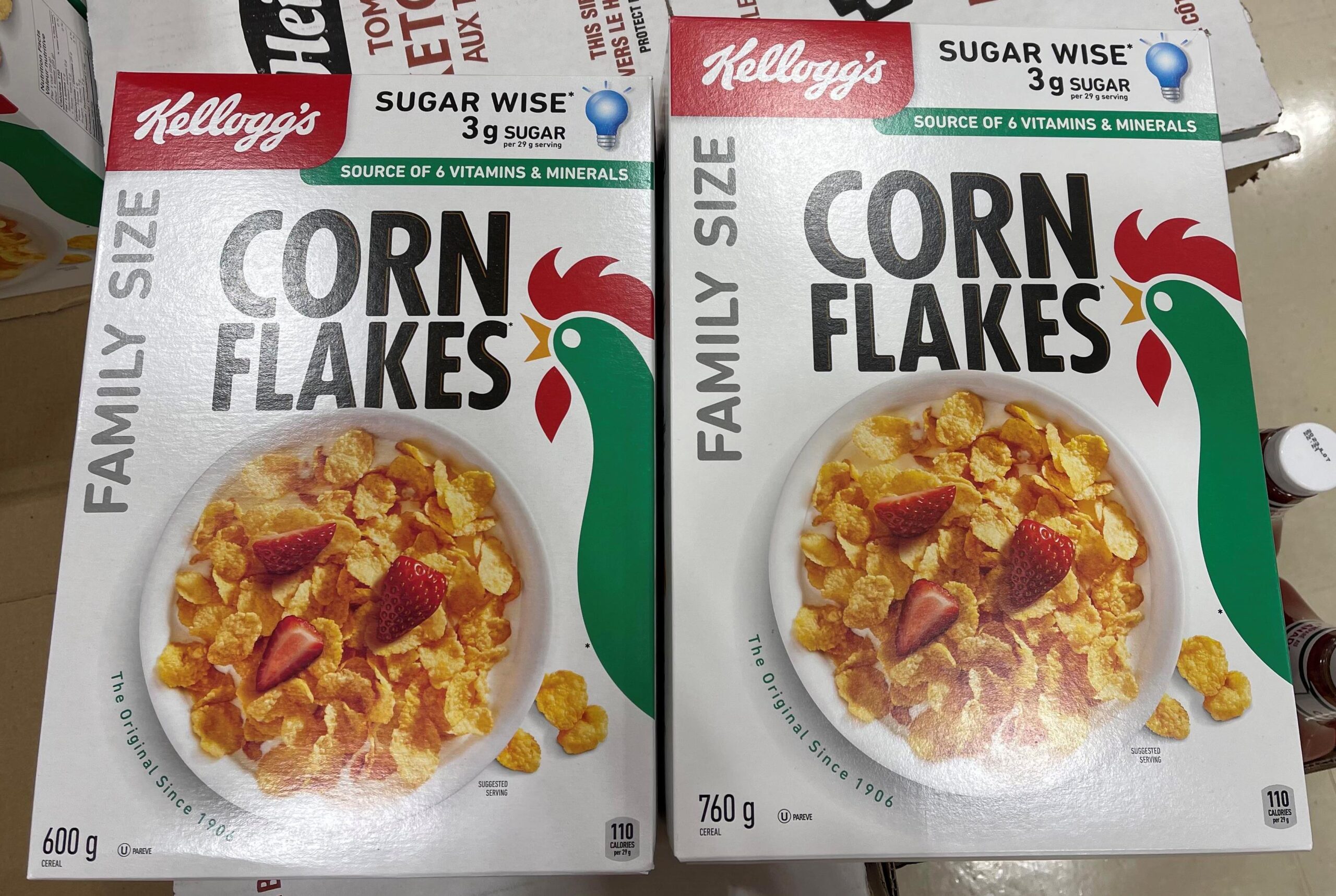 .
Shrinkflation has been quietly going on now for many years. Like many government antics, you were not meant to cop it happening at first – or until it was too late to greater object.
.
* Coca-Cola for example, reduced the size of its large bottle from 2 litres to 1.75 litres.
* Toblerone (Kraft) slashed the weight of its bars from 200 grams to 170 grams.
* Tetley has reduced the number of teabags sold in one box from 100 to 88.
* Tayto has reduced the number of bags within a party pack from 16 down to 15, each inner bag also said to be lighter in weight?
* Biscuit makers have reduced the physical size of their baked goods in a packet while also reducing the number of biscuits within an individual packet. Tins of biscuits have reduced in size and weight.
* Easter eggs have reduced amounts of chocolate in compared to previous years eggs made.
* Frito-Lay have shrunk bags of some of its Dorito’s from 9.75 ounces to 9.25 ounces.
* Burger King reduced the number of chicken nuggets in some meals from 10 pieces to eight.
* Some toilet paper manufacturers dropped packet content from 168 sheets per roll, to only 120, while the price stayed the same.
* Cans of Pringles have dropped in weight from 5.5oz to 5.2oz. The cans getting smaller too.
* Trade publication “The Grocer” reports that Tesco is shaving 50 grams (1.76 ounces) off some of its ready meals.
* Pets are not immune from Shrinkflation – Royal Canin’s cans of cat food now weigh 5.1 ounces, down from 5.9 ounces.
* Ice cream makers are now putting less weight content in their plastic containers – which also have shrunk in size too.
* General Mills who make breakfast cereal, have shrunk its “family size” boxes from 19.3 ounces to 18.1 ounces – a drop of nearly 10%.
* Cadbury changed the shape of its famous Dairy Milk bars in 2013 – and subsequently changed the size of them, too. The individual pieces now have rounded edges and contain nearly 10% less chocolate than before. Clever eh?
* Dairy Milk isn’t the only product Cadbury, owned by Mondelez, that has shrunk over the years. Chocolate bars it sells in multipacks (such as Wispa) weigh much less than ones it sells individually – and there are further plans to shrink down the size of multipack bars even further still.
* Toothpaste? Crest for example, have shrunk 3D White Radiant Mint toothpaste from 4.1 to 3.8 ounces.
* Dogs? Pedigree changed the size of some dry dog foods from 50 lbs to 44 lbs while keeping their prices the same.
* Beauty products – Pro-V Curl Perfection conditioner has gone down from 12 fluid ounces down to 10.4.

.
The above listed are a mere few examples of how the public is either being charged the same price for less – or worse, in many cases being charged even more for less product.
.
A most recent example observed by myself was in the area of Tesco’s ready made chicken curry (I’m fond of chicken curries). It used to sell for €6 in early 2022 but by the end of that year, it’s price has gone up to €7 – while the size of the foiled containers has shrunk along with the amount of inner content.
.
Then there is a local takeaway. Upped went the prices by a dramatic amount while their portions got less along with their box sizes. No announcement of the change they made.
.
The range of items being reduced is not limited. It appears that nothing is immune from being shrunk down. Not just the luxuries in life but the very basics like cereal, bread and milk.

.
To be fair to some manufacturers, the cost of individual products they need, to then combine and make their own end product, has either increased and/or become harder to obtain. Shipping costs have changed and not in a good way. Labour costs might have increased. In order to cope with all this, Shrinkflation has become a common tactic to help producers deal with their own inflation problems from suppliers. Many companies decided their customers would balk and perhaps begin to look for substitute products if confronted with yet another price increase. Their solution has been to quietly slip in Shrinkflation without any announcement.
.
It’s this quiet, perhaps sneaky, underhand way that they are operating, which the public finds just as objectionable. Shrinkflation cannot be legally viewed as a fraud or misrepresentation of products. Producers do indicate the weight, volume, or quantity of their products on packaging labels. However, while it might not be illegal so far to reduce content and size without public announcement, it’s definitely considered to be disingenuous by the public. 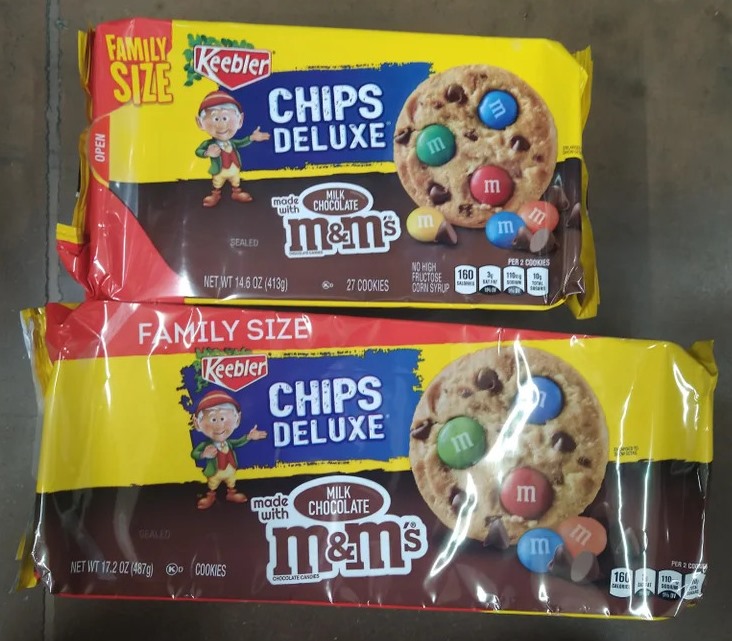 .
On discovering how they have been fooled, they feel content and financially ripped off. The public also see that political parties are not willing to address this common issue. An issue that’s affecting every household in Ireland. Political cowardice has become prevalent here too, like non-addressing of other issues they shy away from.
.
If the companies were forced to be at least more honest and upfront about the changes they are making, a great deal of the public might have some sympathy for their plight and continue to buy their reduced quantity product. Some people aware of the downsizing acts, still do. Other citizens however, are so angered by the sneakiness of the supermarket conglomerates and product manufacturers that they have instead opted to shop elsewhere or buy rival items – that so far appear not to be indulging in judged underhand commercial tactics. 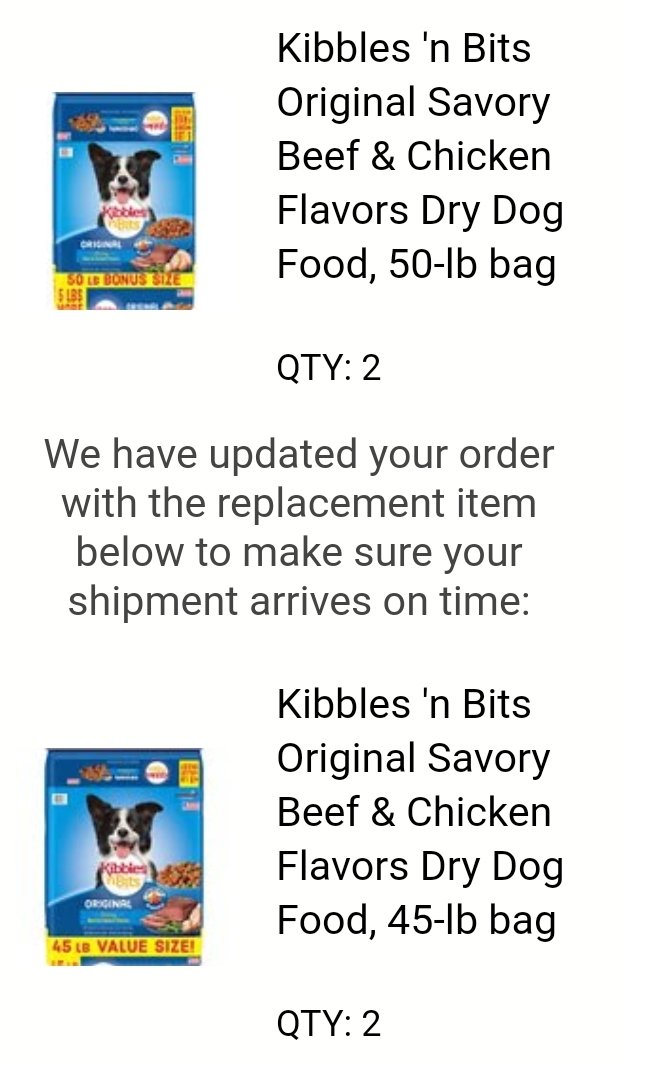 .
In some or many cases, there is genuine reason why the imposition of Shrinkflation has occurred – but other manufacturers are being judged as just greedy in their ever pursuit of higher profits for themselves, their directors and their shareholders. Some are certainly using “Shrinkflation” as a handy excuse to do what they now do.
.
What can governments or individual political parties do? At the very least, introduce legislation that states businesses indulging in Shrinkflation must be more upfront and honest with consumers. They must notify far more clearer on products and/or shelving of their shrinking activities while also stating their reasons for doing so.
.
Their current sneaky, underhand methods are angering nations of people who feel they are being taken advantage of, been made fools out of and are left paying same price or more – for less than previously. They are not amused and they not impressed at the silence of coward elected, afraid to tackle an ever increasing problem. 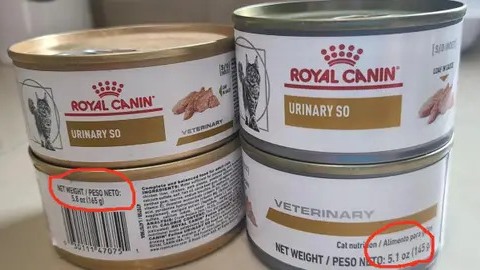 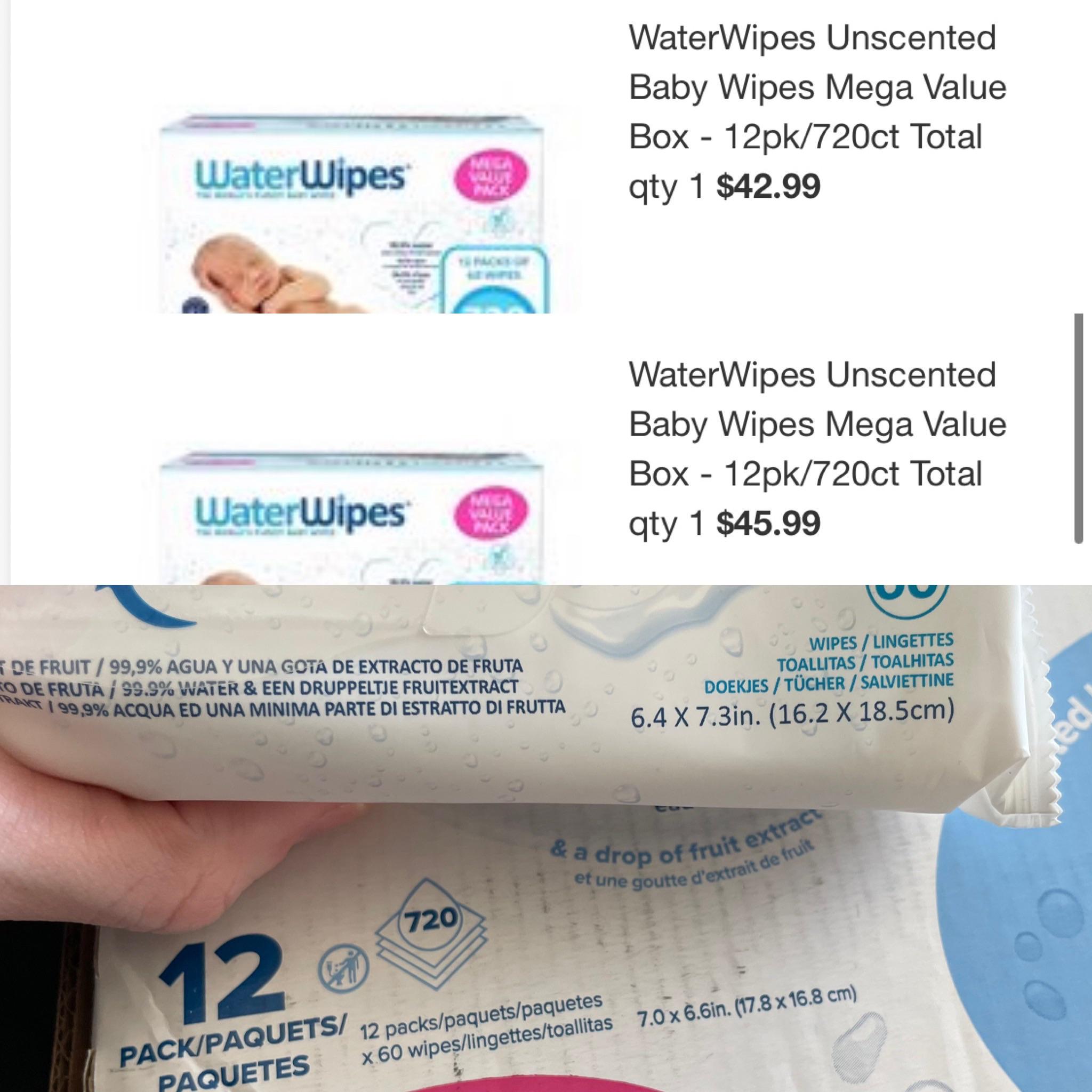 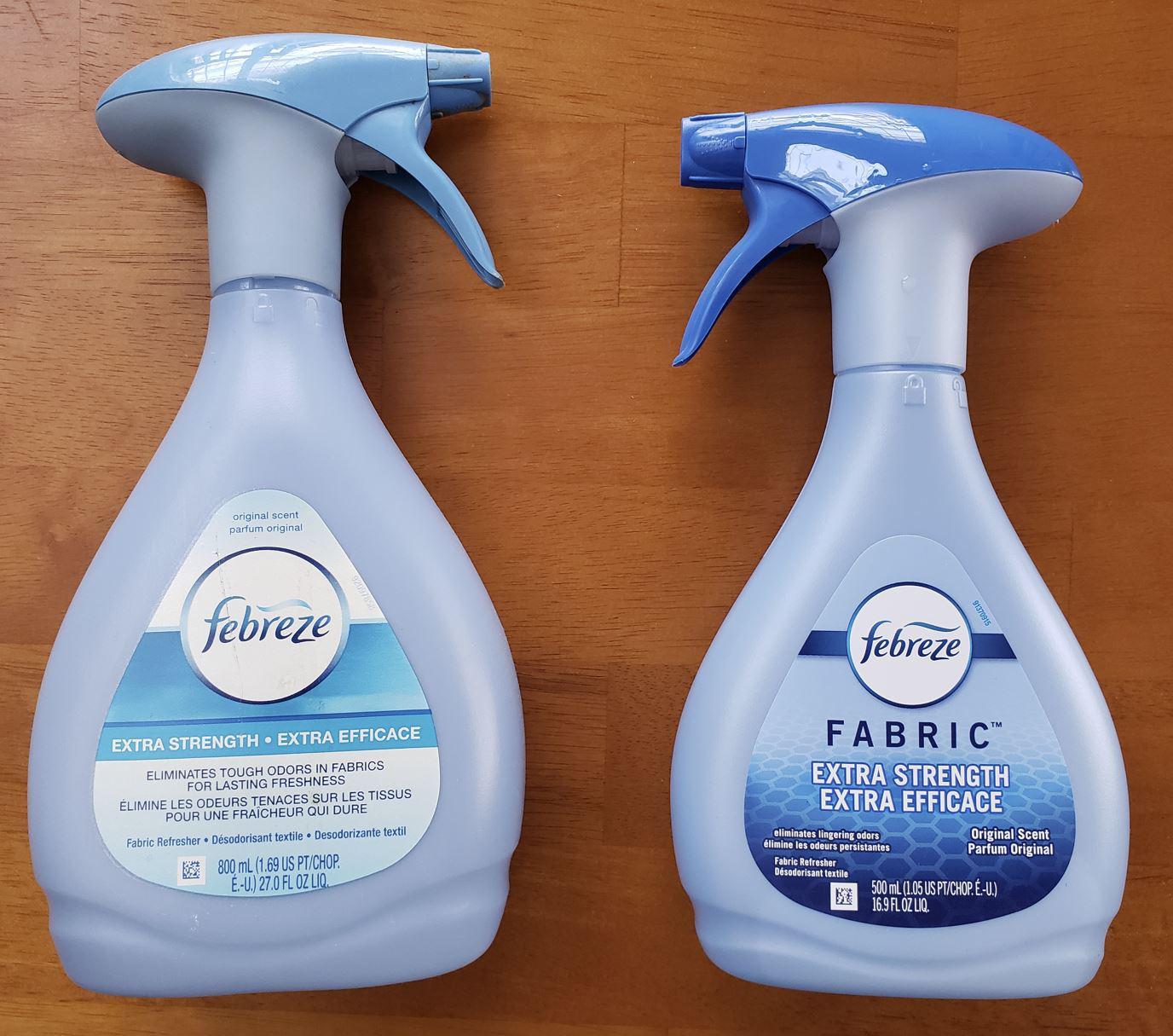 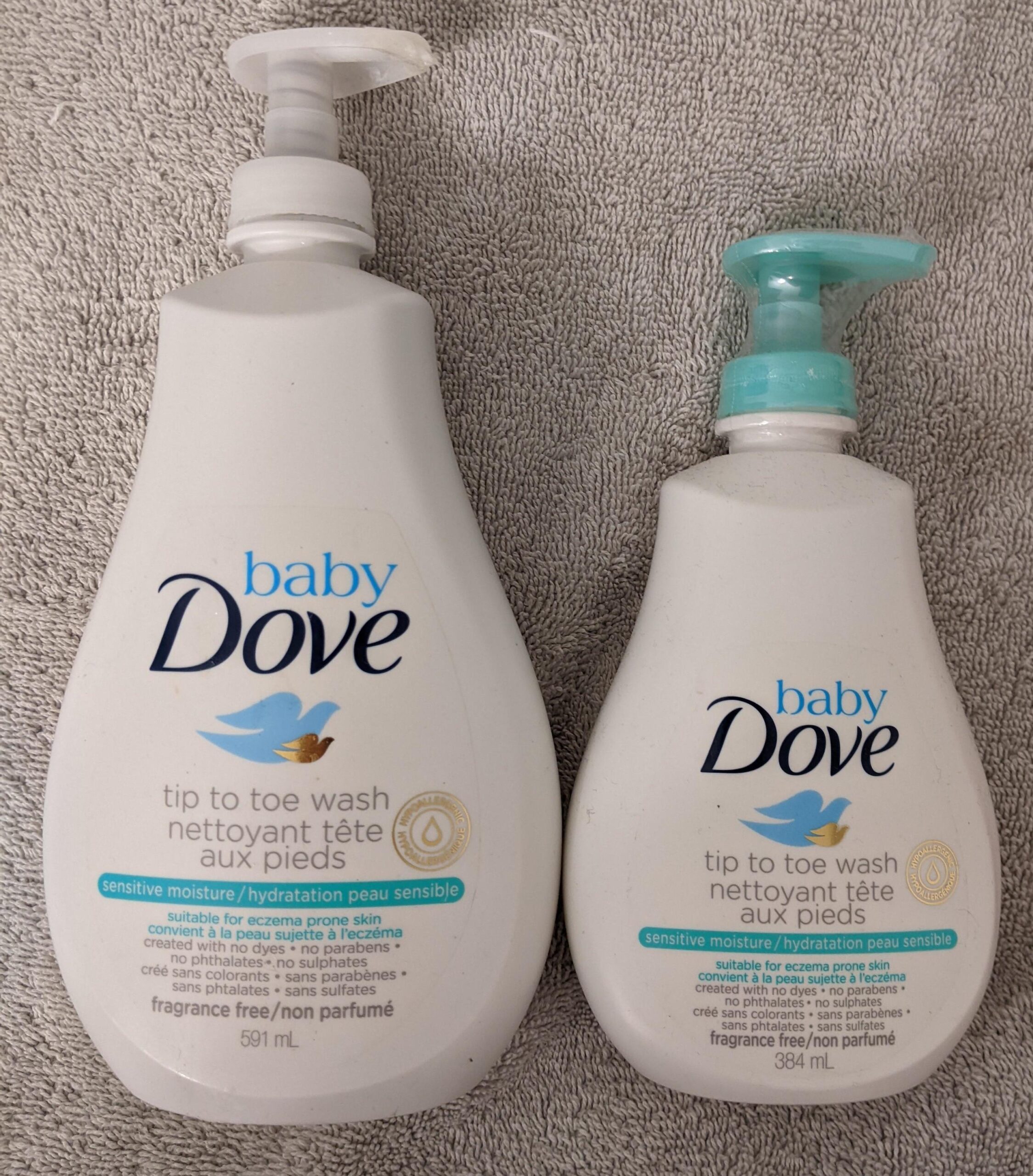 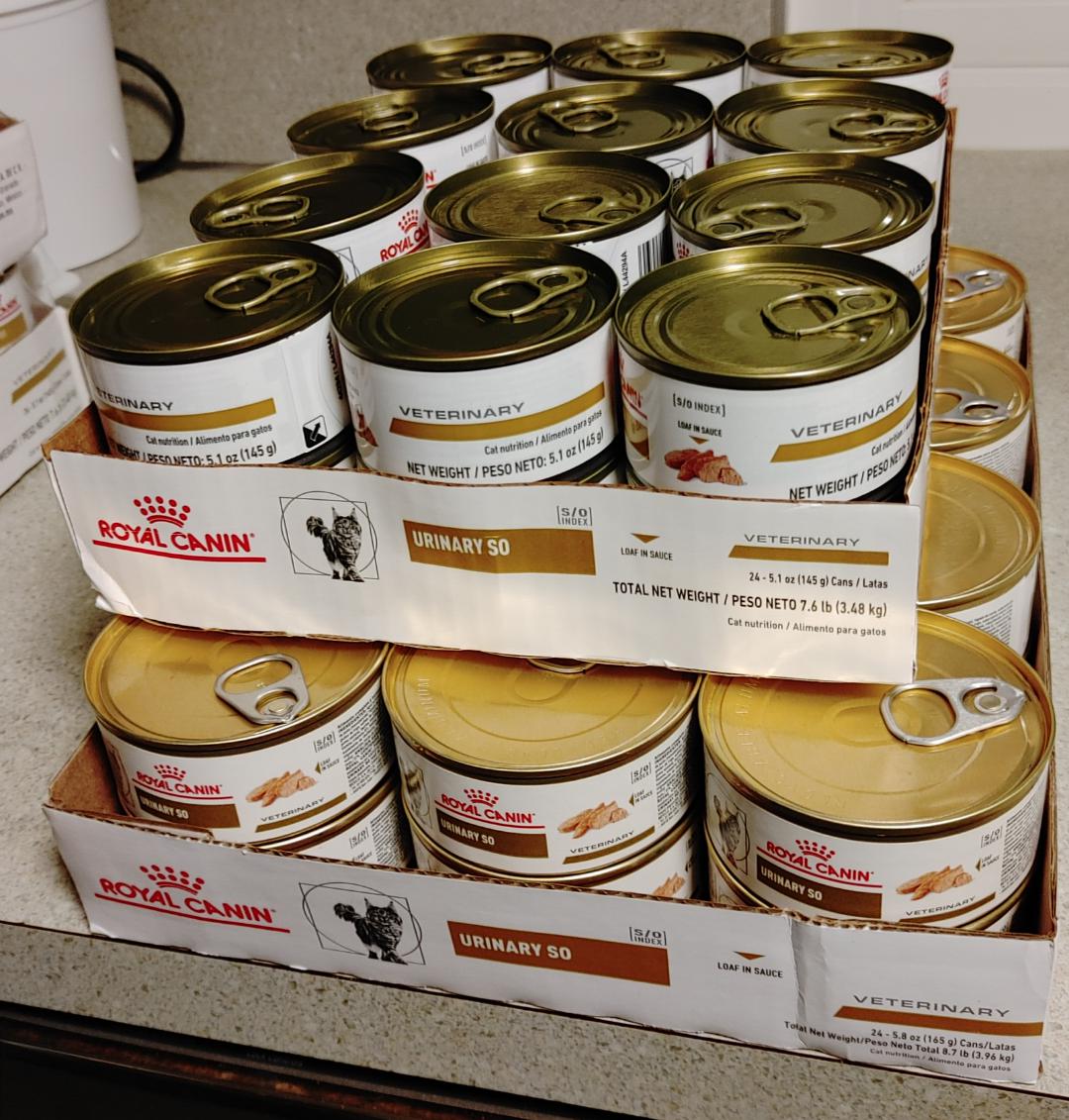 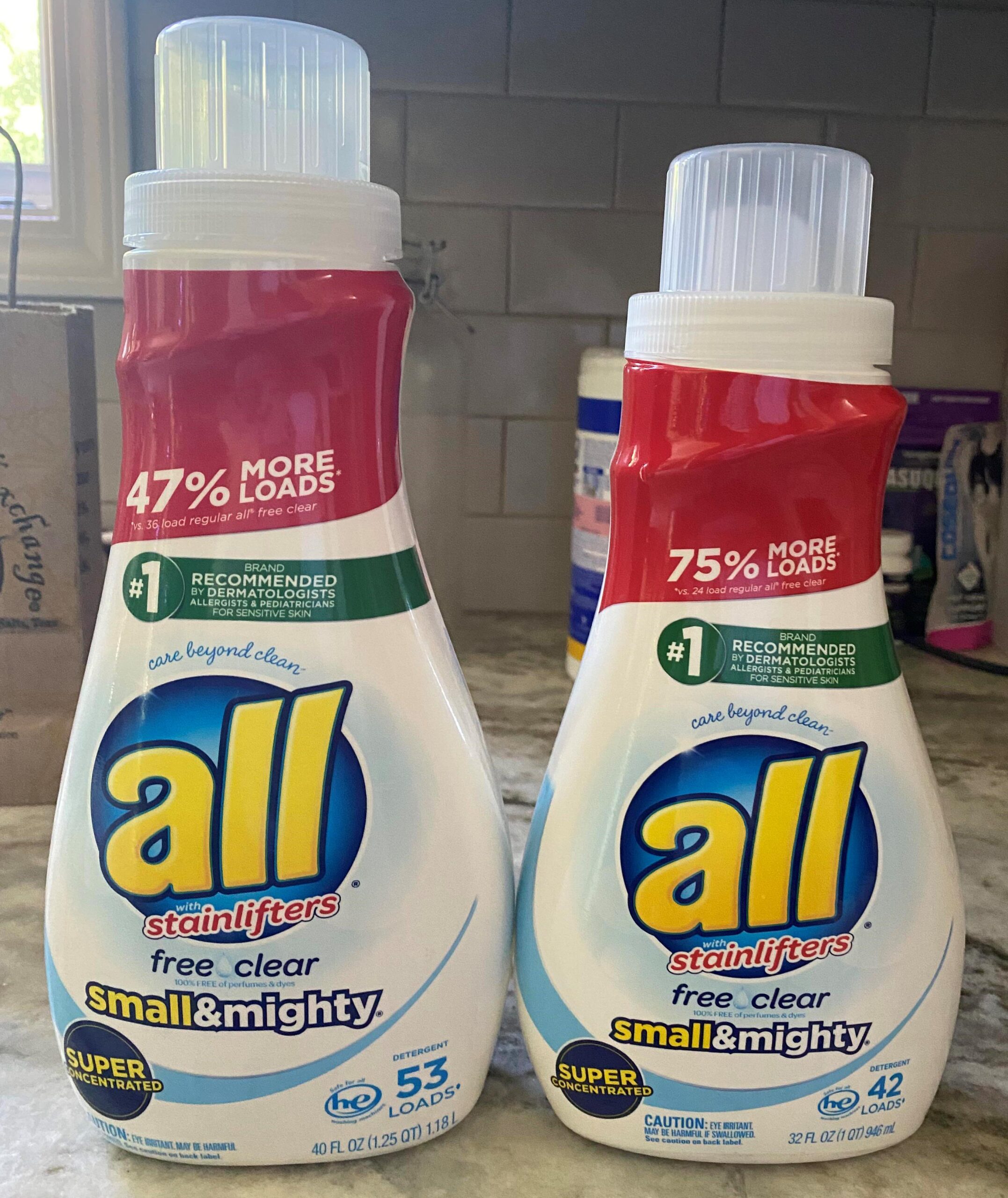 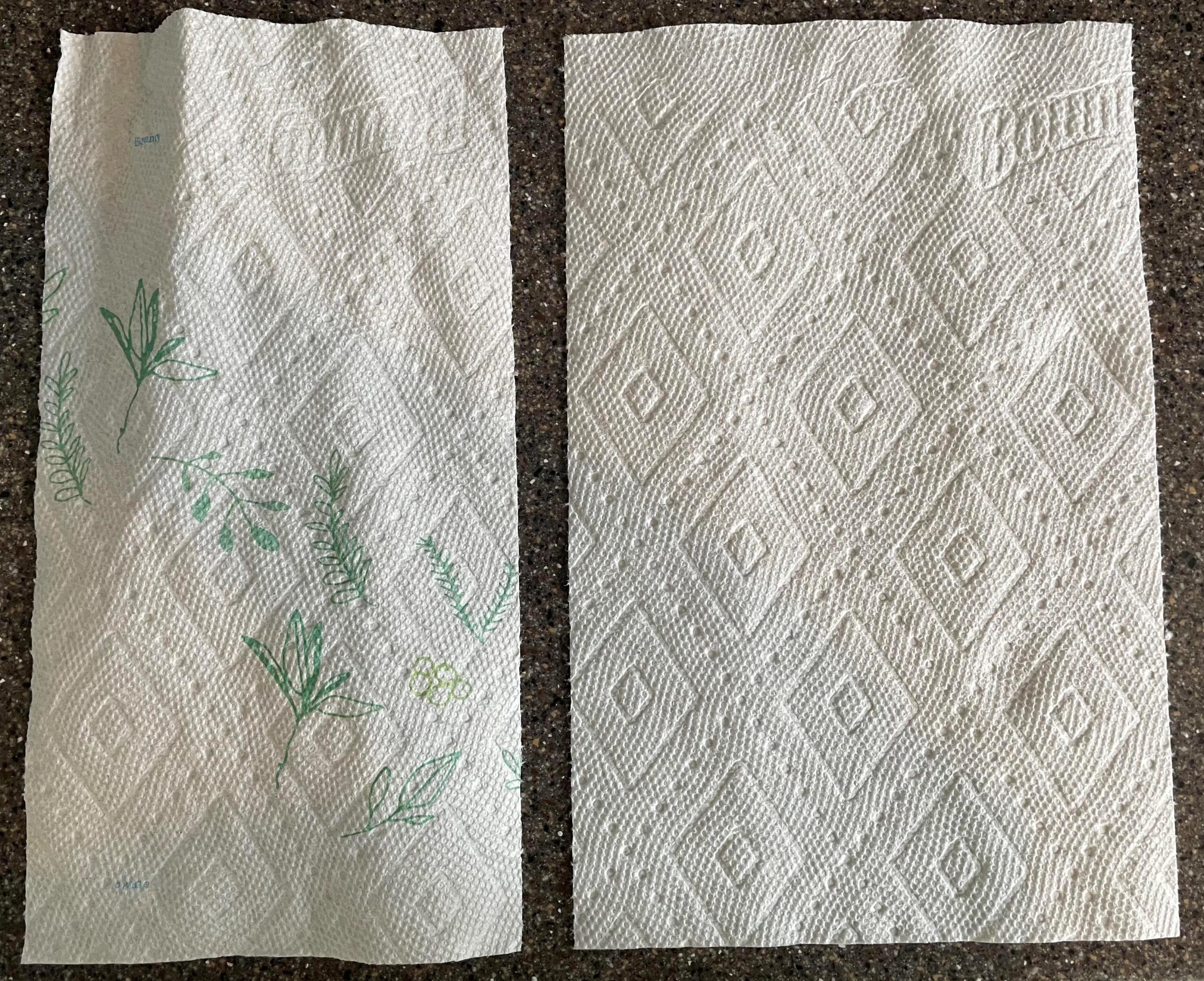 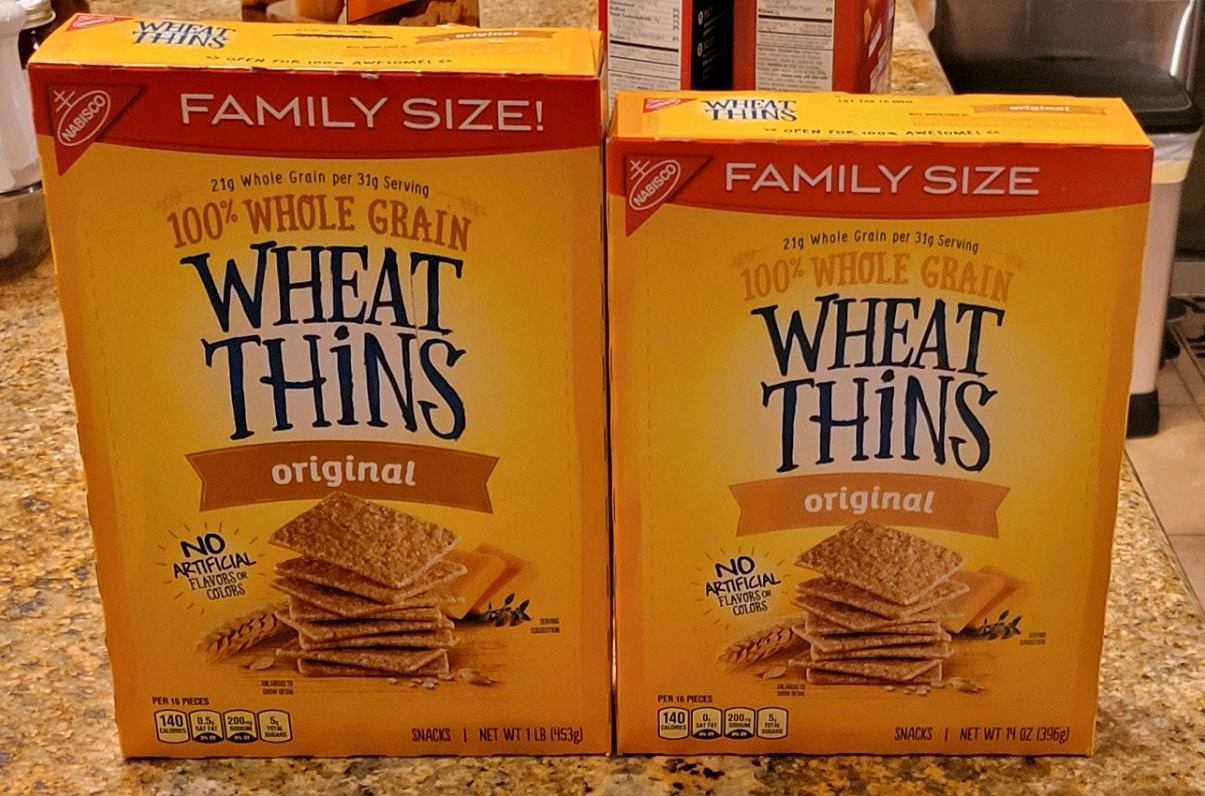 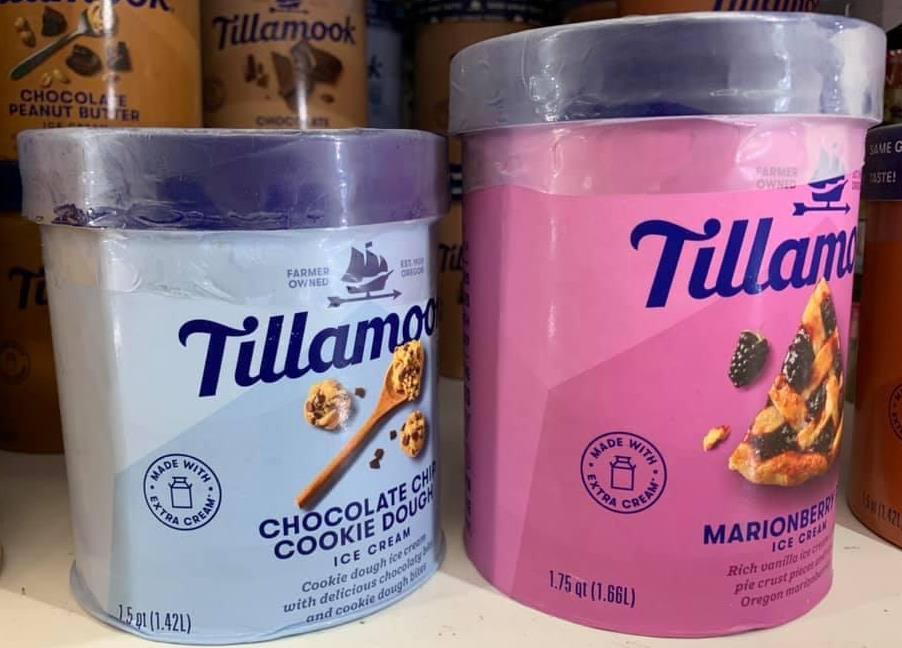