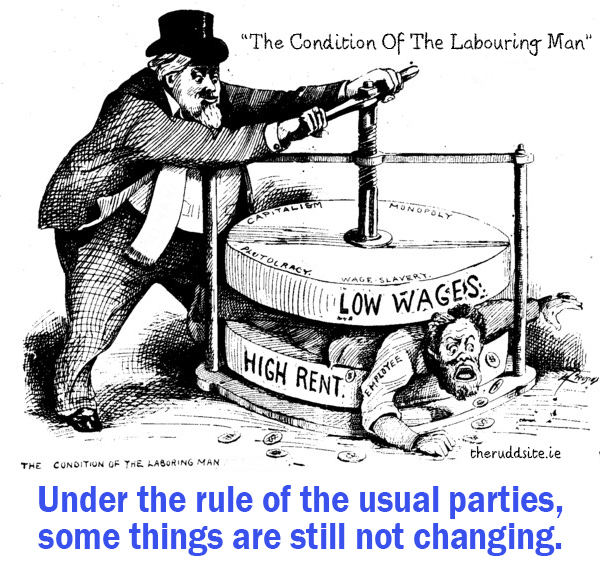 .
Credit to fellow Facebook poster Jimmy Cummins. In a previous post on my page (LINK) regarding the current government, he stressed the point “They should address the cost of living crisis because it is right to do so, not because they may lose office.“
.
In possible truth, that is where the parties of Fianna Fail – and Fine Gael in particular – are. Within decades of Fine Gael history alone, there is not only a constant refusal of helping elderly and unfortunate others through hardships but openly attacking them, exploiting them, slandering them, when not also pressganging them and stealing their personal information too! All this stuff is on historic record. that can be verified beyond crap RTE news, more limited, possible censored, reporting.
.
This was repeatedly kept up for over the last decade. The only time they would shift their temporary outlook, was when they started to be exposed for their cruel ways – such as Leo Varadkar in 2017 refusing to help out elderly during a nasty cold winter and heating bills. Leo outright refused to give them assistance.
. 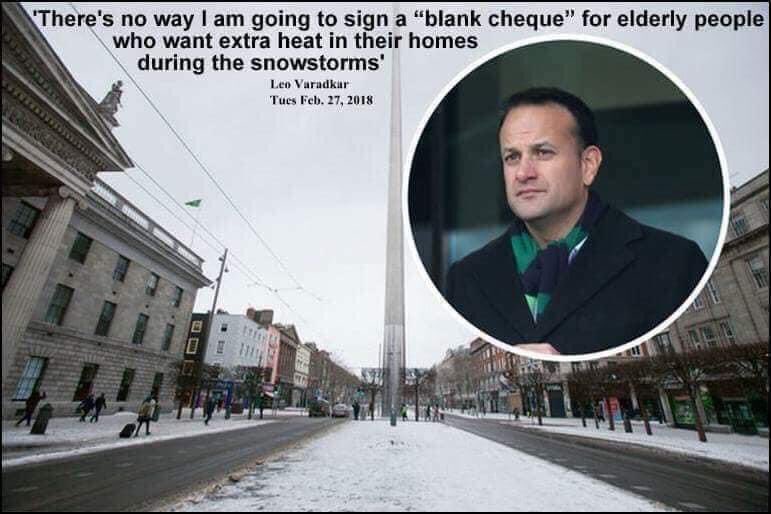 .
That was when the parties were higher in public polls through various PR stunts and constant attacks upon opposition, managing to keep them off-balance and and divided amid themselves. Times have changed. FF and FG have dropped in the polls so much not that even their combined numbers are not enough to stop opposition parties possibly taking the next government benches.
.
Now, suddenly, Fine Gael cares far more. Having stolen political positions from Fianna Fail, they are now the sudden face of all caring about the unfortunate worker or unemployed, etc.
* However, don’t actually dare to ask them to investigate or call in the Garda to look at the massive #JobPath national scandal – or ask them to stop the human rights abuses in it – or ask them to stop the money stealing that has being going on – or ask them to stop the much giving away of people’s personal data from state departments to private businesses, etc… You get the picture….
.
No. Fine Gael has started a new PR effort to try and look that they are (suddenly) all caring where before, they frankly couldn’t give a crap! Those poll numbers are scaring the crap out of them and yes, Fianna Fail. For the non-brainwashed, their new ‘caring’ PR made efforts are seen right though and it’s far too little, too late.