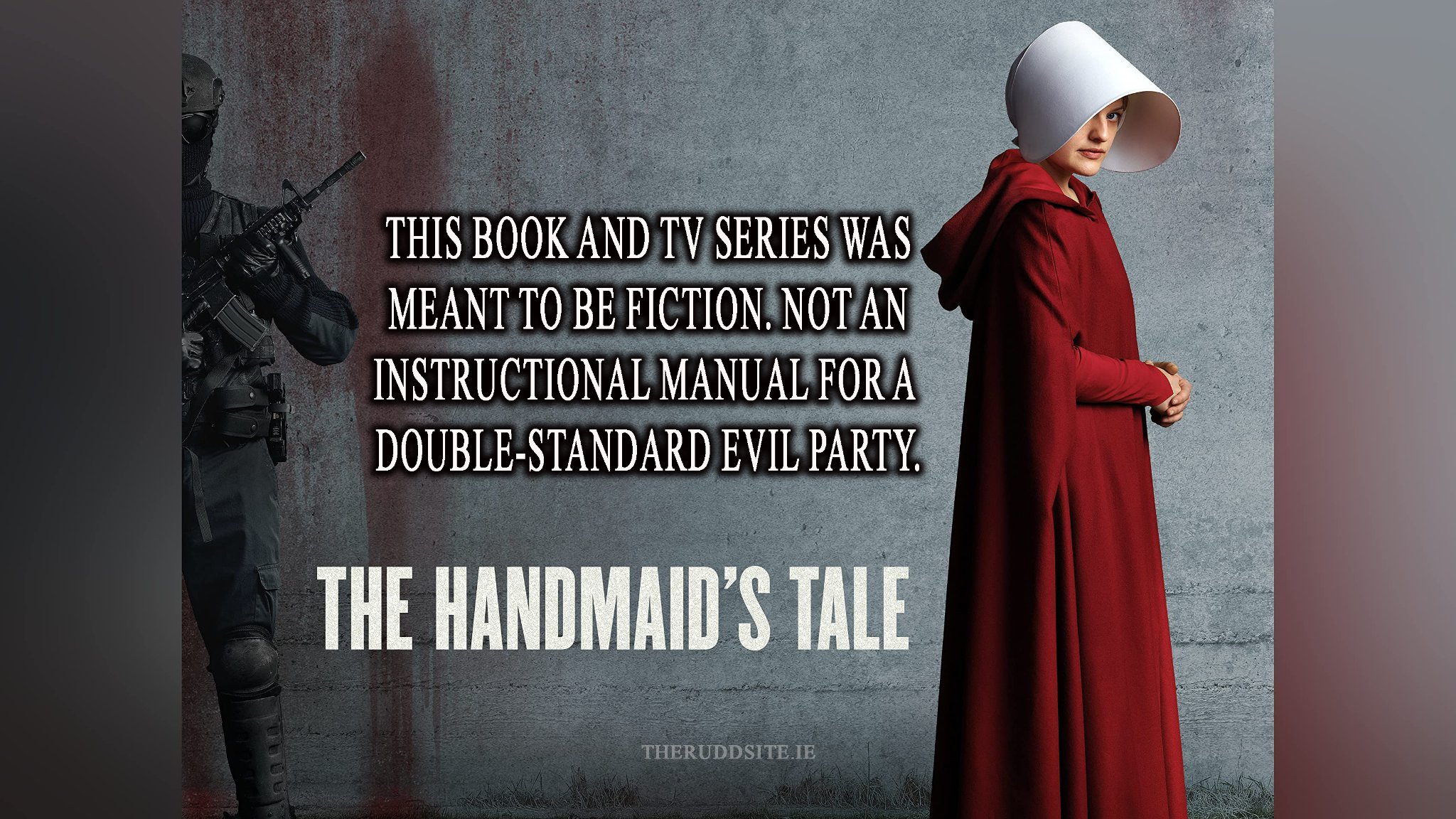 PREFACE:  This post is being made as a criticism of the USA Republican Party. I state that from the outset. No “If’s”, no “Buts”. My criticism of the Republican Party is NOT to be seen in any way shape or form, as a show of support for their main USA opposition, the Democrats. Let me be quiet clear. Each of these two parties have home and international crimes that they have committed on the world stage. Will they ever be held to account? Sadly no. There too many other countries that wish to remain sucking up to them, willing to daily turn a blind eye, willing to remain silent about many things, because of something they want themselves from America – be it money, power, influence, arms, oil, or much more.

So, the ass-kissing will go on. We can try make excuses for this ass-kissing and try making excuses for continuously turning a blind eye to many things – but this does not lessen the number of crimes and wrongs done, or the ones they are still doing/allowing to this day.
.

I repeat. I do NOT support either the Republican Party or the Democratic Party. Until they ever come clean about their many decades of crimes and wrongs, stop their hypocritical actions, admit a good number of their presidents past dead and present alive, were/are criminals – and a lot more they should stop doing, my support of them will always remain at an absolute zero level.

Yesterday was a shocking day in the history of the world. Whatever side of the abortion debate you are on, not just in America but across the globe, women’s rights took a hit. What America does, others stupidly try to follow sometimes! Idiots being led by other idiots. The blind leading the blind or stupid sometimes. Within 48 hours of America time, the USA Supreme Court showed itself to be a double standard hypocritical bitch of its own making.

Thursday 23rd, the Court ruled that a specific New York State gun-control law is unconstitutional. The ruling expanded gun rights. The court found that a New York law requiring residents to prove “proper cause” – or a good reason – to carry concealed firearms in public violates the US Constitution. Justice Clarence Thomas, writing on behalf of the six conservative judges who make up the court’s majority, ruled that Americans have a right to carry “commonly used” firearms in public for personal defense. Lives of people, men, women and children became second in priority to the rights regarding owning a weapon that kills. Gun rights before life rights.
. 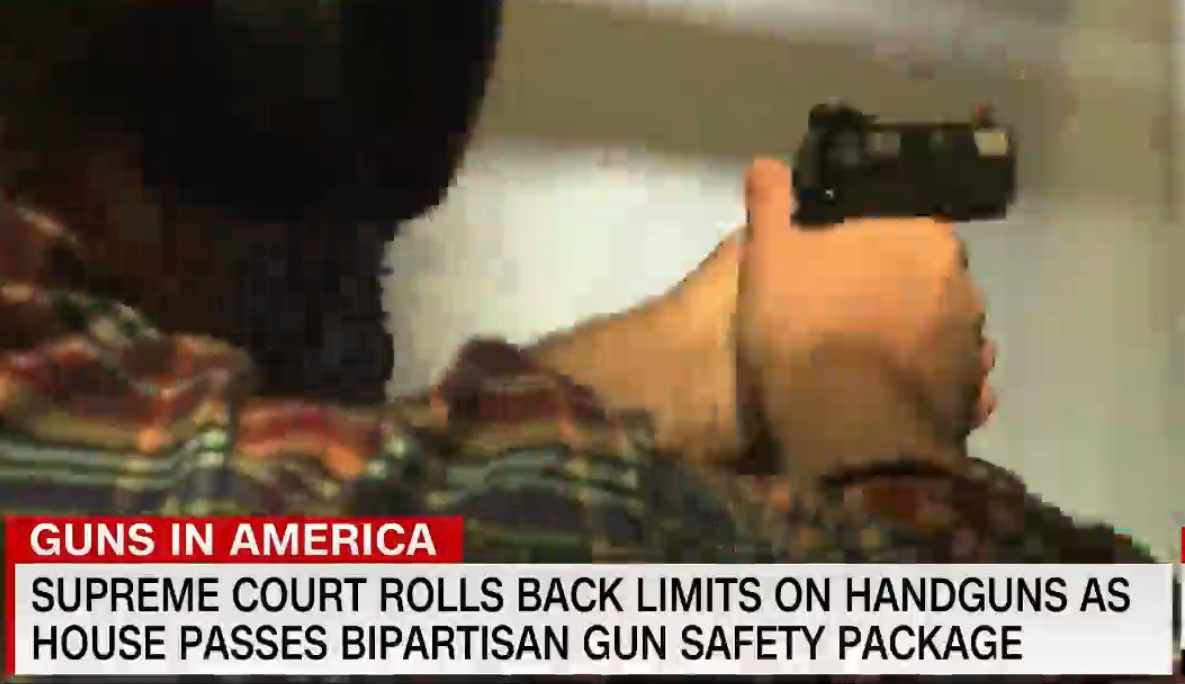 Friday 24th, the same court gave another constitutional ruling that brought about an end of federal protection in regard to a woman’s rights to abortion. Women still can get one – but only in states that allows it – and the states that allow it, are under pressure from the Republican’s and the more extremists religious shouting nuts of America – that now have even greater rights regarding guns. Overnight, the states that have “Trigger Laws” brought into immediate effect, the ruling of the Supreme Court. Other states have similar, but their restrictions will kick in within two additional weeks. The end result between the two, will be a great number of states that will total ban abortions under any circumstances.
.

.
Raped young girls and older women will have to have the rapists child, children will be forced to give birth because of sick incest attacks. Girls and women, at the risk of their very lives, will be put at lethal risk because being pregnant could be killing them or the condition in time leading to that fatal end. Rapists dads will use the courts to force themselves upon the person they have raped, in order to see their child… Don’t think such things are possible? See LINK – LINK – LINK – LINK. Abuses continue…

The Republican’s and the extremist religious nuts are all ok with this. They don’t want to hear that if a woman dies because of a pregnancy – that the baby still dies too. In the end, they got by the law change they wanted, to invoke that both must die because the life of something just created has a higher priority than something that was alive a lot longer – and something that could have given life to more under better circumstances. They like this screwed-up situation because it suits their own mental ideology. An ideology that also means women in America have lesser rights over their own bodies than men do. They get to call the shots (no pun intended) again over women – and if that means it leads to deaths, they pass this off as ok. They say in PR for TV and radio that “It’s not right” of course – but then they will still allow the young girls and women to die because they got their Supreme Court way. That’s what things boil down to – after ploughing through their oral PR bullshit.

Back To Current Reality.

The setup of the Supreme Court is fixed. Gerrymandered to vote only one way now – and that’s the Republican way. Don’t even get me started about investigations that ought to be done regarding the political connection of some who sit on it – or indeed, the money or ‘gifts’ they have been quietly given by mysterious others (paid for memberships to mega expensive, mega exclusive golf clubs, mega houses they mysteriously own that they would not be able to afford even on their already high wages, etc. That corruption is there to see to an investigating eye.
.
The future scenario is this:

Path one: The Republicans win the next American election. They then install even more right-wing Supreme Court judges (as others die off) – that in turn will totally take a wrecking ball to the rights of LGBTQ and rights of women in America. Then the more extremist religious elements of that party will insist that more laws be brought in to crack down on opposition and their dissenters. If you think “The Handmaid’s Tale” is just a fiction book, think again. “1984” was just supposed to be a fiction book too. How has things turned out there? All things are indeed possible if American people are right now, not more careful.

Path Two: The Democrats win the next American election. They then install more what they hope will be, their own liberal Supreme judges. The Democrats might further up the number of Supreme Court judges, in order to greater insure a stacking of things in their own favour!

SIDE NOTE: If the current liberal Supreme Court judges are to retire, they best do it before the Republicans might take over the White House again. That way at least, the Democrats stand some better chance of putting in better judges that support women’s rights and their self-right to body integrity, far better. If the Republicans get to more load the Supreme Court later… “The end is nigh” in many ways for many people within its borders. My advice would be, to get the hell out sharpish!

In either case, both the Republicans and the Democrats will have to have majority numbers in both of their democratic houses (like our Dail and Seanad) and even then, there is the fear that Supreme Court applicants will again lie, say what needs to be said, just to get their ass into a lifetime long, well perked/paid/privileged/protected job!

In the meanwhile, there are American grandmothers and mothers, right now that have had more rights over their own body than their children and grandchildren will have in the future – all thanks to the gun nut Republican Party that ironically says it “respects life” while putting more arms and bullets into people’s hands.

More double standards? As I open stated on my Facebook page…

…”The same USA Republican Party that said “Don’t wear masks as your body is your own to decide about” when it comes to covid and rights over your own body…
.
…Is the same Republican party and Supreme Court that now says women in America have less legal rights over their own body, less legal rights than a man in effect – and that their body is no longer theirs to ultimately make decisions about.”
.

It’s now expected that Gay/Lesbian, sex relationship, divorce, contraception rights will be next to come under attack by the Republican and the religious extremists of America. The Republican appointed, head judge of the Supreme Court has stated he looks forward to seeing cases come to him with this in mind and more. Abortion was just the first shot in taking America and human rights idiotic backward – towards their own version of A Handmaids Tale. America is screwed. 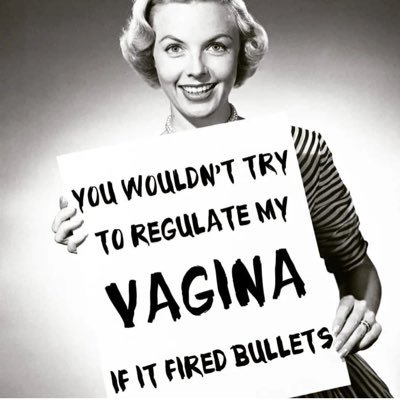 P.S. Back home in Ireland, we have political parties espousing the same path be taken as the Republicans and the more ‘out there’ extreme religious nuts of America. If Ireland is allowed to go down the same path, more cases like that of unfortunate Savita Halappanavar (LINK) will definitely occur – and those espousing that no abortions should be allowed under any circumstances, will have blood/lives lost on their own hands. Will they be so gleeful then, as they are today – smarting on Twitter over the reversal of Roe V. Wade?