An increasing growth number of people have asked me why the usual dodgy parties in government, are so determined to enter into a complex, odd religious contract with a nuns front organisation, setup with a religious org injecting its own kind on yet another controlling board! A setup with further odd, possible loophole, non-land owning, contract terms. All of which could be avoided if the resolve was there!
. 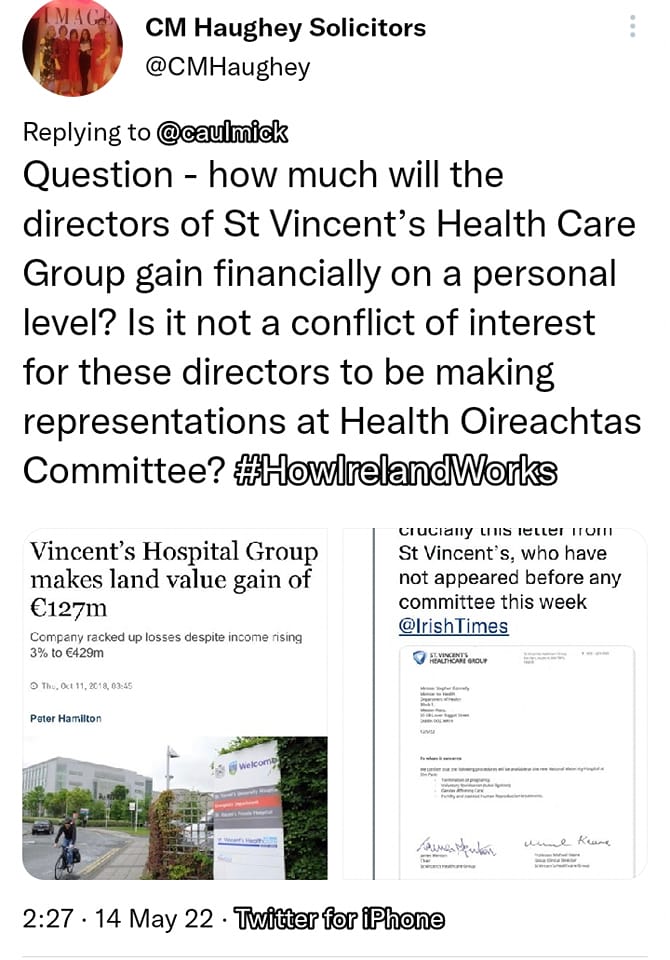 .
A massive reason why Fianna Fail is determined to bull ahead with the current farce setup – instead of taking the land needed or relocating elsewhere – is that Fianna Fail in particular, are utterly desperate to gain what they consider to be ‘a win’ during their current government office tenure.
.
Since the 2020 government formed, the three parties have criminal backed each other repeatedly through 70+ farces, scandals and more. This comes after repeated, open promises made at election time, about not going into government with one another – as Mr Martin said to a camera at one stage ‘It’s clear this is not what the people want!’
.
…Then began the mega u-turns, the different version of events, the covid partying, report burying, report censorship, state and personal lies, Dail incorrect statements, betrayals, scandals, farces, secret deals, undemocratic insertions of the state into EU setups including military and medical (still continuing), the continuing pressgang #JobPath racket, elected criminality let away with, the nepotism, cronyism, own multiple pocket filling, the ‘do as we say, not as we do’ efforts, the backing of vultures, the continuing efforts to reward huge landlord companies, the increasing carbon tax hikes, the crazy state spending on Green bike roads and other schemes to keep one party bought off so it would stay in government – while it was made whiplash u-turn on #CETA and now their political position on a national maternity hospital.
.
If all the above seems a lot and is only to begin with… It is – and think about this… We have ONLY GOT MID WAY through a five year long term (prison sentence) of being trapped with the present government! 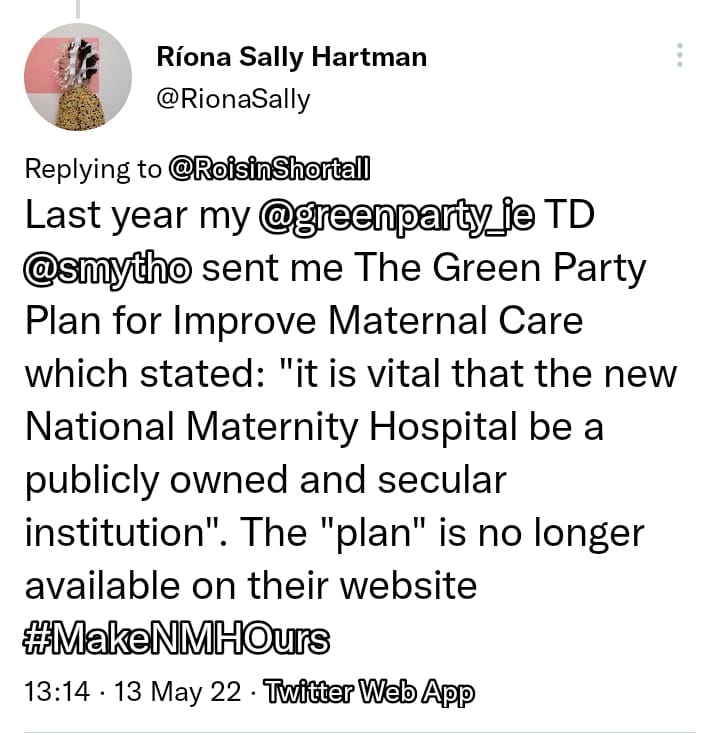 .
In bulling ahead with the National Maternity Hospital setup that like other farces, will be also shoved down the throats of a nation, Fianna Fail will then hope this ‘win’ will see them PR seen in better light. Yes, that’s how mega stupid they are right now.
.
As for the other two parties and the individuals involved with them, are also seen (and will next election time, be remembered) to be still backing yet another farce, they too are self-inflicting an ‘albatross’ around their own necks as they too stupidly sail forward attached to yet another farce or scandal. Each are refusing to learn, refusing to do the long-term right thing and incredibly, still expecting to be all individually voted for again. Yes, there’s mass delusion all around. 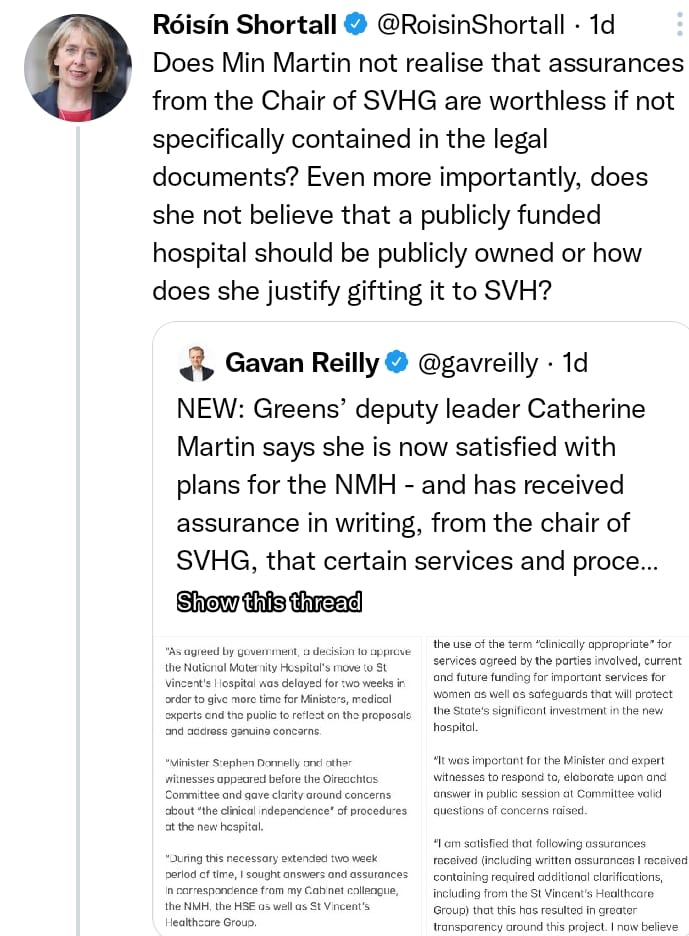 .
In the end, if each of the government parties could pull their heads out of the sand or out of their backsides, they would see that the maternity hospital ‘win’ is going to be anything but that! With local elections coming prior to the next general election, more FF, FG and Green Party heads are going to roll. We know it. They know it. 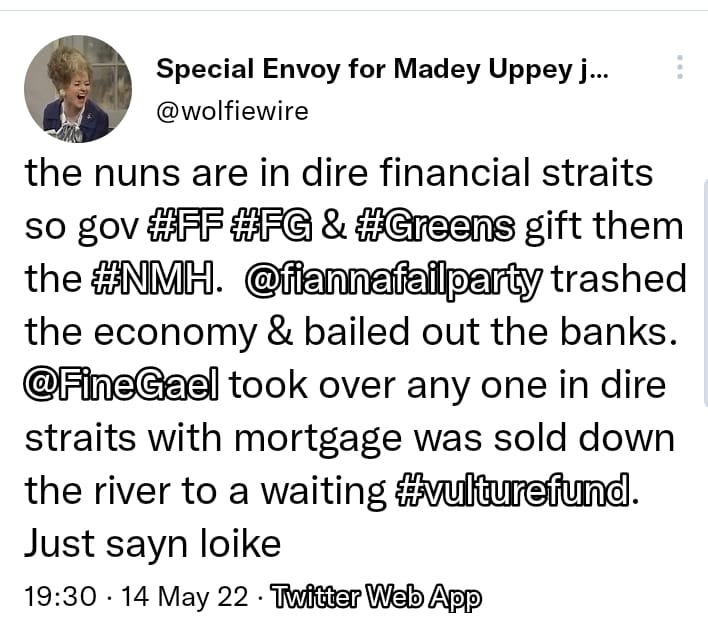 .
…But still, the ‘win’ over a national maternity hospital going to turn things around – as far as the government is concerned! Yes, they are so far down ‘a rabbit hole’ of their own making, they cannot turn back. For that inability, the public once again must pay a price – and will continue to do so as long as the government continues in present office.
.
It’s bad enough that they consistently try to fool (and bully) a nation of people, now they are even trying to even fool themselves. That’s how bad things have got to… 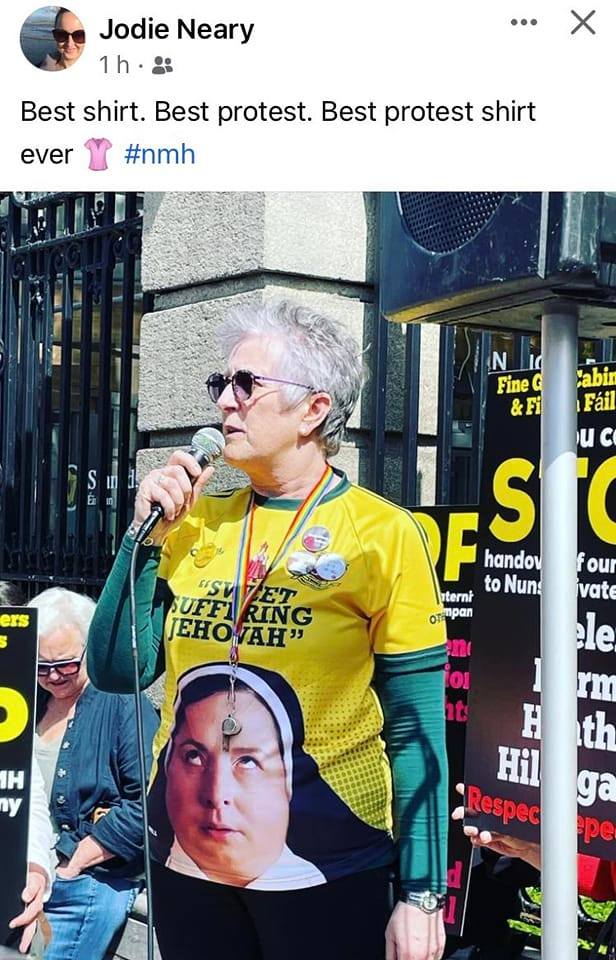