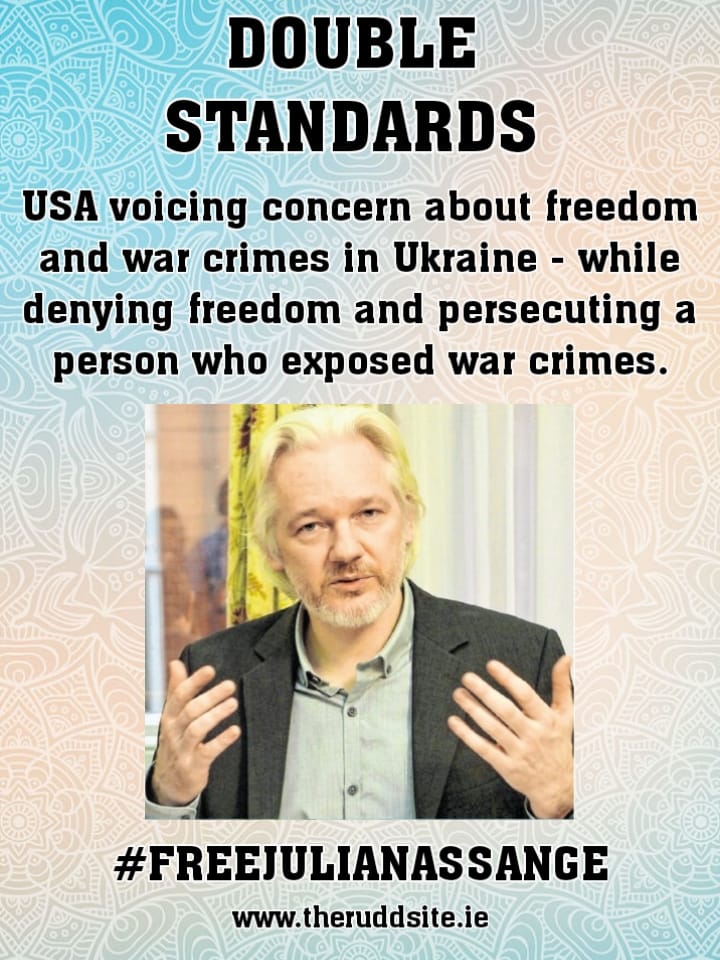 At the present time, the American White House is currently lashing out yet again at it’s old enemy Russia. Now, in honestly in this bloggers opinion, there is some merit in the White House raising concerns regarding Freedom of Expression and their right to call out war crimes when they have past occurred – or indeed, still continue.

Sadly, they are too quick to indulge in double standards – as they continue their persecution of Julian Assange. Mr Assange only went ahead and did what the The York Times did, reported on war crimes with a bit more evidence to boot!  The New York Times who detailed the murderous antics of previous White House occupants that ordered or allowed atrocities to be committed or got away with, has been allowed to continue their war crimes exposing unhindered and unprosecuted. The same cannot be said for Julian Assange who went further and provided to the world, the solid proof needed to back-up what the New York Times (and later others) was repeat saying.

The American White House continues to lash out at Putin and his censorship ways in Russia – while the same White house continues to keep buried from mainstream newspaper media and news TV networks, many of its still continuing war crimes they are involved in. From Somalia to others, from supplying weapons and even men (armed and for ‘training’ others), the White House continues it’s world double standards. 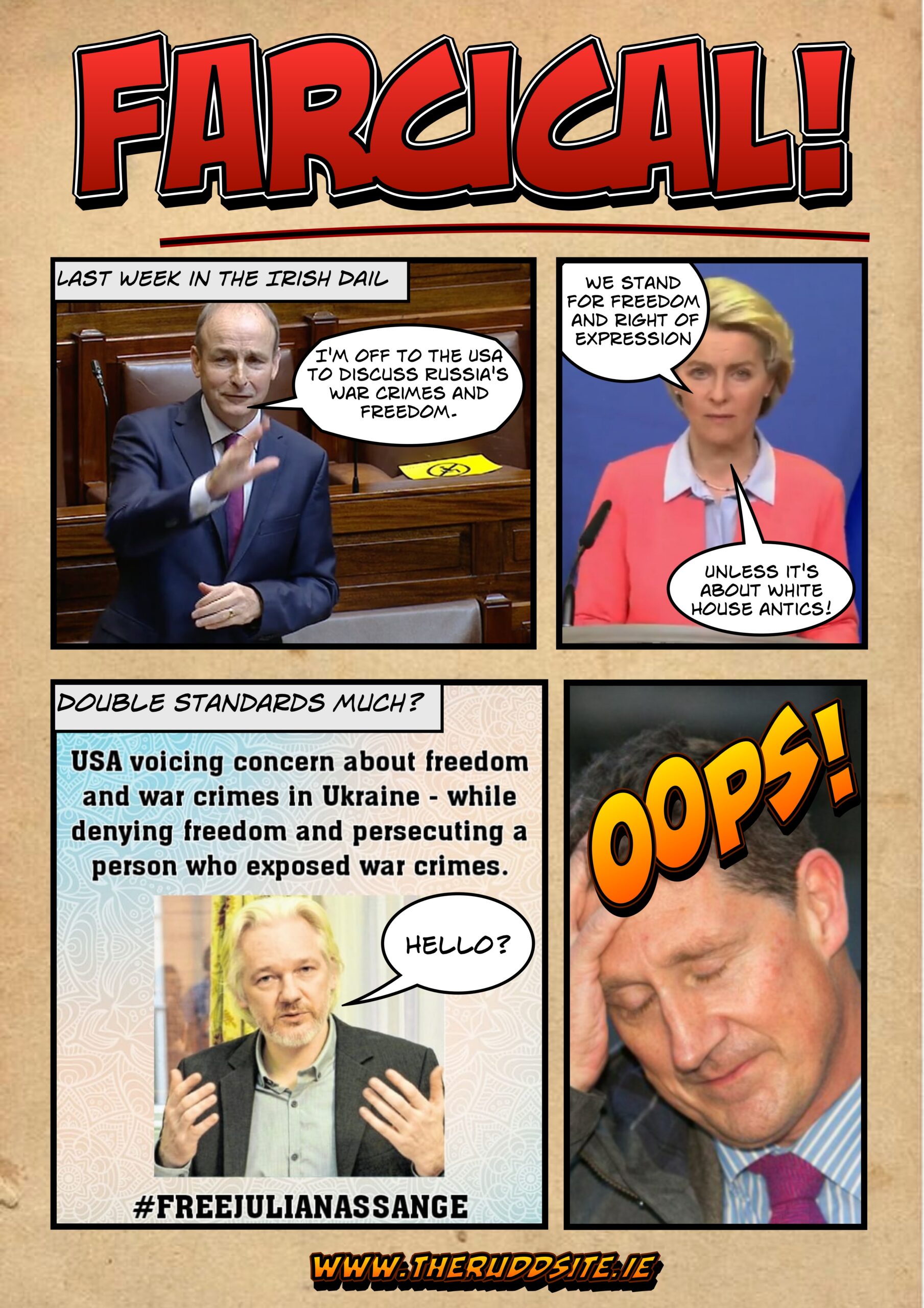 Back home in Ireland, Taoiseach (leader of the current 2020 formed government) Michael Martin, is off to the White House for St Patricks day to discuss many many matters including the current war in Ukraine for freedom and non-persecution by another state – while staying all too silent about the White House’s denial of freedom for Julian Assange and all too silent about how they continue to persecute not Julian Assange but by domino effect, his wife and two children who have still not seen their dad outside of a cell.

The world of hypocritical silence and dirty politics continues by the USA on it’s own, by Ireland elected. 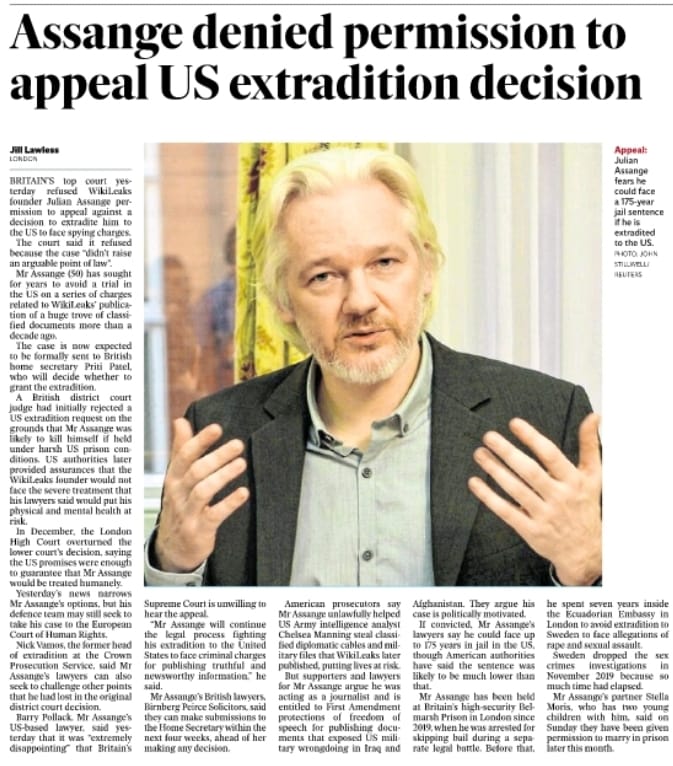 Meanwhile, the 51st “United Kingdom” ‘state’ of the USA, continues to keep Julian Assange locked up, having again denied him full legal right to appeal his imprisonment ordered by White House occupants.  Their own ass-kissing to the White House is seeming them too remaining silent about operating double standards.  It gets worse. Leaders of the EU also indulge themselves by giving out about Russia’s war crimes and crack-downs – all the while saying little or nothing about White House antics!

Highcourts in the UK, made sure any chance of appeal made by Julian Assange’s legal representatives, was sure to fail by their further limiting the grounds on which an appeal could actually be launched! The courts and the government in the UK, are doing their best to see that those they suck up to in the USA, gets their ultimate way.

The current constant persecution of Julian Assange continues for two reasons, as far as the current White House occupants and secret service agencies of the USA, are concerned.

ONE: To get revenge on a person who had the nerve to expose many of their immoral and illegal antics committed by them about the world.

TWO. To serve as a clear message of “We will go after you and terrorise you” towards others who are either (a) thinking of exposing what White House occupants and it’s agencies are up to or (b) anyone that is willing to assist others in the the expose of their nefarious past and continuing antics.

Meanwhile, the White House and it’s all too silent sycophants continuing with their own backside kissing, continue to speak with forked tongues while deliberate looking the other way when the subject of Julian Assange’s ongoing treatment arises. They change topic, avoid all questions raised on it and if really pushed, barely offer the smallest of soundbites. Irish, European and world media networks continue to downplay the still ongoing, hypocritical White House farce. 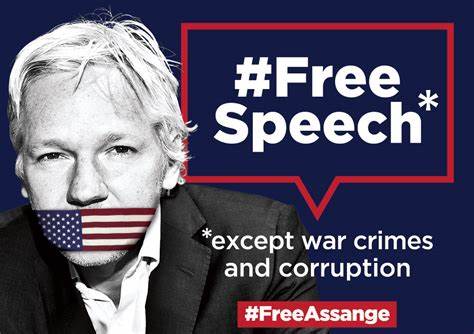