Why Do I Think We Need Participatory Democracy? 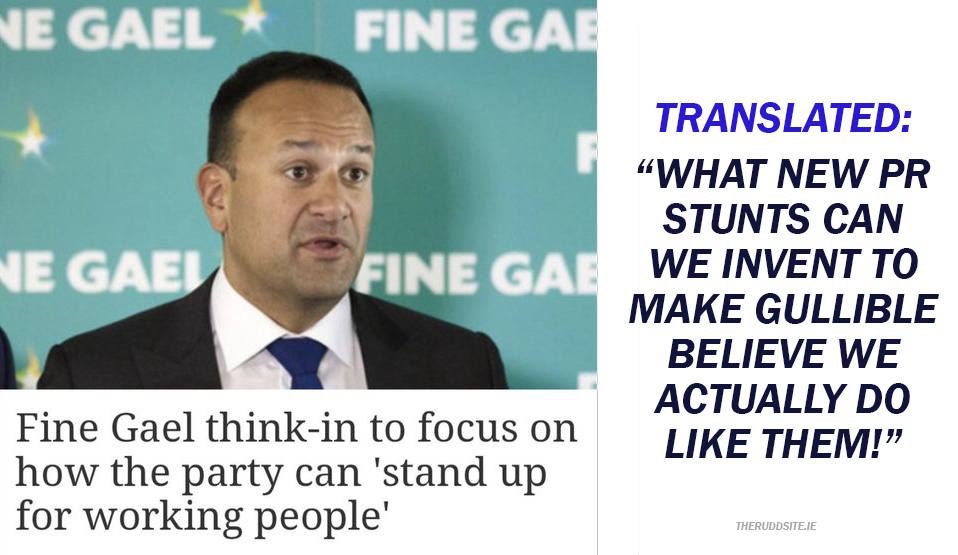 .
* food kitchens overwhelmed,
* nursing homes closing,
* nurses leaving along with other professionals, students deferring studies due to lack of a bed,
* far forigne fish flown in for exclusive Oireachtas restaurants (stuff the carbon count – Green party silent),
* a sexual assaulter rewarded with a political high paid role,
* government parties making unofficial deals with convicted criminals sitting in the Dail,
* another party whip allegedly grooming children allowed to still go unarrested and unnamed,
* increasing murders, coward anon trolls on Irish forums allowed slander and complete lie,
* a Green party denying the state to store emergency gas at Shannon – but at Shannon the USA troops are still using Ireland to ship arms/warplanes/kidnapped (PR called “Renditioned”) to war zones and Europe blacksites,
* the usual parties ignoring it all and deliberately silent,
* RTE top ranks still mega paid and let off doing “Agency” tax dodging acts,
* big companies and people let off with Euro millions – but you pay your TV licence or else be hunted down,
* Palestinian citizens killed and journalist murders ignored by an again too silent government,
* elderly wondering how not to freeze,
* middle-aged struggling to hold onto their homes,
* water charges still planned to be be sneaked in,
* Green party seeing more vehicle taxes,
* crazy school costs left again yearly unaddressed,
* usual parties using Seanad to tie over election losers till they can general election run again,
* Fianna Fail councilors screwing tenants,
* corrupt law-breaking judges at all levels allowed go unaccountable,
* landlords in government seeking tax-breaks for landlords,
* conflict of interest voting and law creation,
* elected getting €750+ a day telling people on less than €350 a week, how to cut back…
.
But hey, here’s two, near breadcrumb lumps of money coming (don’t forget to vote for us next time – local elections 2024) and further good news! Profits are way up for private building companies. So, the news is not all that bad. Your government loves you – well, till your money runs out. …Then you are to be considered a burden.
.
P.S. “DON’T VOTE FOR OPPOSITION. THEY ARE THE BAD GUYS!“
Fianna Fail, Fine Gael and The Green Party thanks you.
. 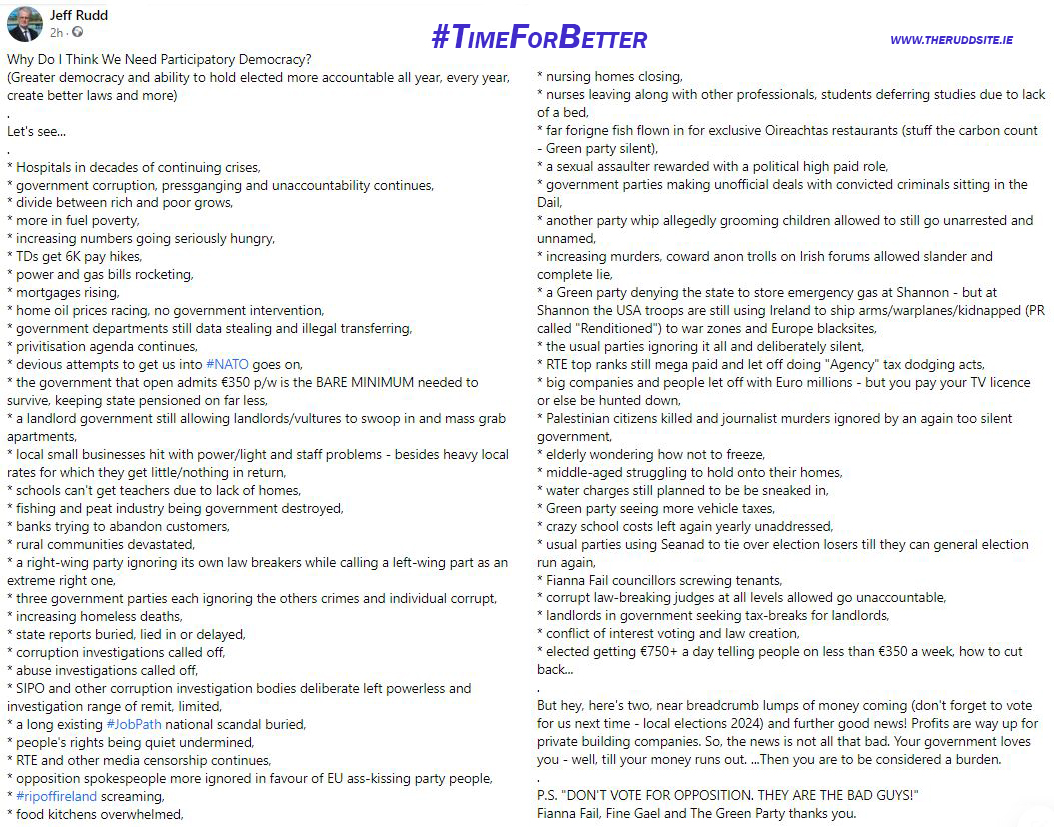 What I Don’t Get!

What I Don’t Get!

If Whips Are Used, How Can A Party Be True “Democratic” ???