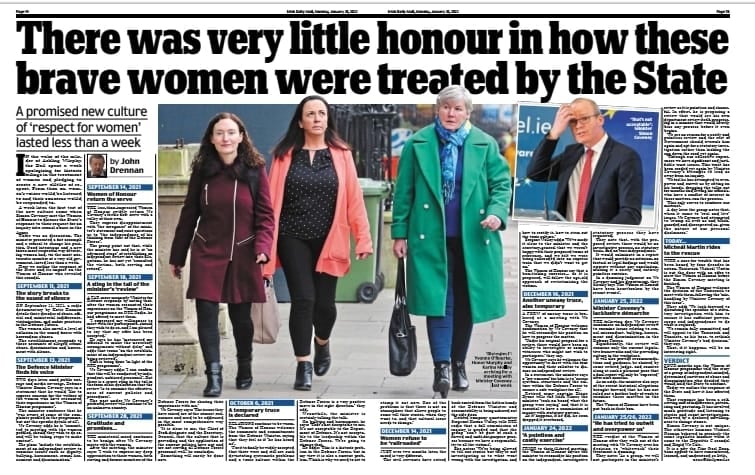 #WomenTreatedLikeDirt
.
Anyone that hasn’t got their head up their backside, will know that despite all the Dail and media spoken words, it all sounds to total crap in the light of day. PR stunts and little more, to gain votes.
.
Their later actions prove that they really couldn’t give a crap!
.
Starting from (and even possible before) the sad events that occurred in the mother and babies homes, the cries of women in Ireland have been REPEATEDLY IGNORED or PUSHED ASIDE while Fianna Fail or Fine Gael elected – usually men I am ashamed to say – have treated women in Ireland like absolute dirt.
.
Of course, they want to get re-elected so they churn out any old bullshit to make this happen. RTE and other biased media laps it up and further throws it our like an obedient dog. The non-brainwashed regular see this – hear it too!
.
When the rights of women are not being ignored…
.
– don’t get me started on the MASSIVE amounts of abuse they have had to endure in the #JobPath bloody disgraceful setup that the the current rotten government is quietly continuing to this day, so that private companies can continue with them, massive profiting and breaking more laws together. All still kept media and Dail buried by FF/FG/Labour and Greens, to this very day despite a FIVE YEAR investigation mountain of victim statements and detailed evidence given in by myself in the Oireachtas, to a PAC. #RTEcensored –

.
– When the rights of women are laughed at (I’ve actually seen in Dublin, elected I know, do this) or given scant attention “to keep them happy” and then mocked or immediately overruled when they have left a government office or out of a local councillor’s earshot, only to be then further overlooked, the rights and voices of women in Ireland have been treated absolutely shamefully.
.
RIGHT NOW – this rotten government has reached its own “Me Too” moment. The latest scandal – regarding how women in the army have been treated – and STILL BEING TREATED by the same usual rotten parties and their inner same rotten elected – is just another layer of continuing abuse placed on the shoulders of young girls and older women in Ireland. They are (wrongly) expected to just accept it.
.
Why some women (and even men) are still in such parties treating females like dirt, really staggers me – and I suspect, not just me! How the hell can they stand beside and then incredibly back others that not only continue to treat women like dirt, overruling them without though or real care, while also trying to bury their decades of ‘on the record’ abuse evidence, escapes the minds of the non-brainwashed that can see the same usual parties continuing to treat the women of Ireland as something to be immediately push aside as soon as they walk out of an elected office!
.
Repeatedly over decades, women of Ireland have been kicked around like dirt, laughed at, mocked, made fun of behind their backs, left screwed over in so many ways – and YES, that includes by the Irish Labour Party too, shame on them – while men in expensive suits, not tracksuits, have also buried abuses, allowed abusers and organisations to repeatedly escape accountability of any decent description.
.
All this crap – and more – has got to end. It’s feckin’ got to! 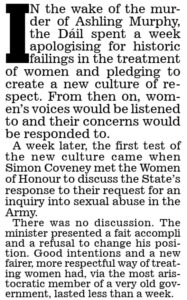 .
* I say this as a father of three girls growing up, afraid of how they will be treated like second-class citizens to others.
* I say this as a man, like other disgusted men in Ireland, that are sick and tired of the same rotten parties and individuals repeatedly getting away with it.
* I say it as a human being sick and bloody tired of open, blatant, slap in the face, discrimination and ignorance occurring.
.
I was going to type that “The women of Ireland should rise and take to the streets of Ireland in protest” – but that would be very wrong. EVERYONE, males along with females, should take to the streets of Ireland, to protest against the continuing crap that keeps repeatedly coming from the same crap party directions and rotten governments. Enough is enough.
.
Just how much more crap are we going to not only take but allow allow to further continue. Bloody right it’s #TimeForBetter.
.
One angry, pissed off parent, adult, human being here. I’m absolutely disgusted with my government. Absolutely angry and disgusted.
.
This is 2022. Equal rights, fair treatment, justice and respect towards all. End of story. Anything less, is not good enough. 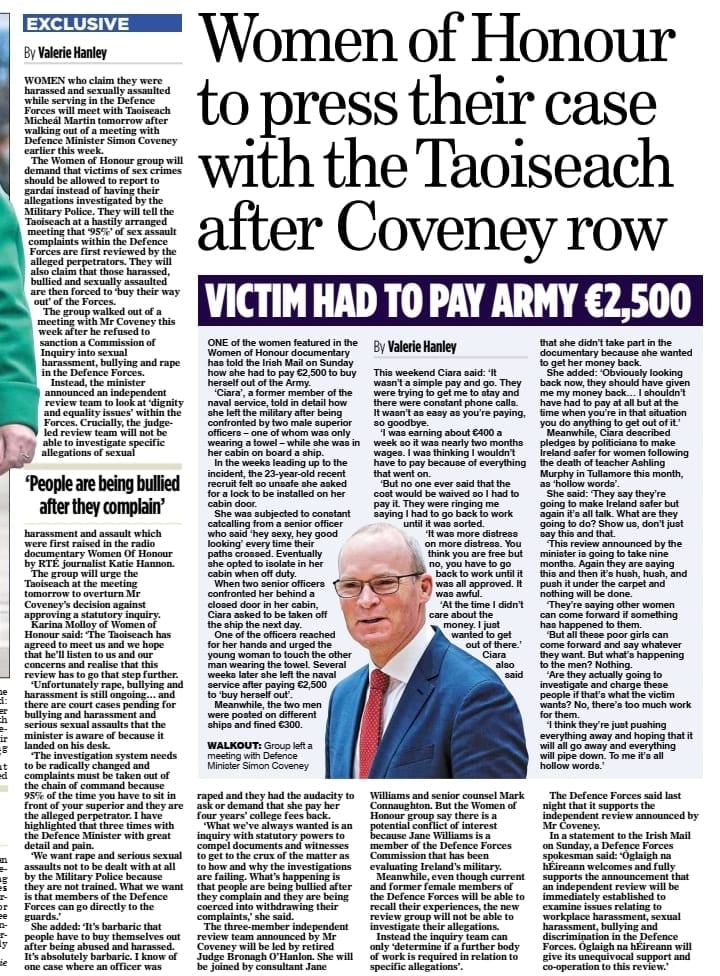